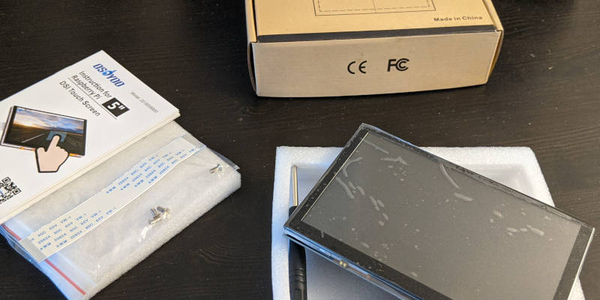 I've started a project log on the Something Awful forums, so you can see further updates on this project over there.

I've made significant progress since then, getting a 5" LCD screen set up, implementing Charlieplexing in the controlle... 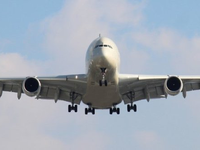 Highlights from the web

Now this is what I'm talking about, mining carbon out of the air is the way to go I think. (Read More)

Like with DFW's other novel, Infinite Jest, The Pale King is a novel I read and then had no fucking clue what happened when I reached the end. SPOILERS AHEAD: He was basically shooting for writing a story about the lamest group of X-men ever conceived. The whole of the book describes life for various eccentric characters and goes deep into the rabbit hole of their habits and routines. It doesn't seem to have a direction until you read the notes at the end where he plans to set up some sort of coup d'etat of the IRS service where automation ends up replacing live personnel. Several members of the live worker faction are scouting people who would be exceptionally talented at auditing tax returns to present an argument to upper management to prevent this. The key, according to DFW, is the ability to immerse oneself in work no matter how boring. Also once you read the end notes it becomes clear that as long as the existing material is, it only appears to be, like, one third of the intended length. Crazy

Devil Take the Hindmost: A History of Financial Speculation

This was a really hard read. It took me literally years to sit down and concentrate on this. I needed a computer or phone in hand to google a lot of stuff, but this book is really educational. It's surprising how timeless stocks and finance is and really gives context to TYOOL 2020. I recommend reading this for giving historical examples to attach to concepts from the 4 Pillars of Investing. Also it's pretty fucking nuts reading about all the fraud and stock manipulation tactics that were done in the past and how tame things are today in comparison. Reading about the great depression (1930's) was also very enlightening. It's too bad this was written in 1998 because I'm interesting in what the author would say about the Great Recession and now.

I found this on a table at work that said "FREE". I think the concept of the book is nice. There's definitely something to being a "rebel", in that some people are content with being office drones and others want to blaze their own path. And going down one option vs the other doesn't happen by accident. All leaders consciously work towards it over lifetimes. I don't think the book had any particularly actionable tips, but the stories and anecdotes were very inspiring.

I feel weird putting a manga down, but for one reason or another, it's one of the few mangas that I decided to buy. I really like the characters and dynamics that happen in this manga. The plot twists and drama is well developed and deals with interesting themes, although it does get kind of fucky at the end, where it seems like there was some editor interference or something. Oh well, I still really liked it. It's so bittersweet. ;_;

This book is simply a pile of shit; a real turd. It makes it even more obvious after reading The Lean Startup. While that book uses data, examples from experience, and case studies to capture starting a company in the framework of the scientific method, this book is a mish mash of click bait-y tripe. The front and back jackets are covered in sensational words and phrases, which already turned me off. Then I opened the book and it's like the discourse just doesn't move past the introductory paragraph. I realized about a third into it that the entire thing is going to be marketing blog posts in book form. Seriously, each chapter is like 1-2 pages long and follows this formula: "Don't do [this thing that everybody does]. Do the exact opposite. That's what we do. Because why not???" There's no real analysis going on. I'm sure 37signals is a great place to work and are super productive but it's clear they have no clue how their success works. I'm giving anything they make a wide berth. PS: Ruby on rails fucking sucks