I'm having another go at making pizza after being kind of discouraged at how much information I needed to take in about making dough.

Dough balls at the time of creation: 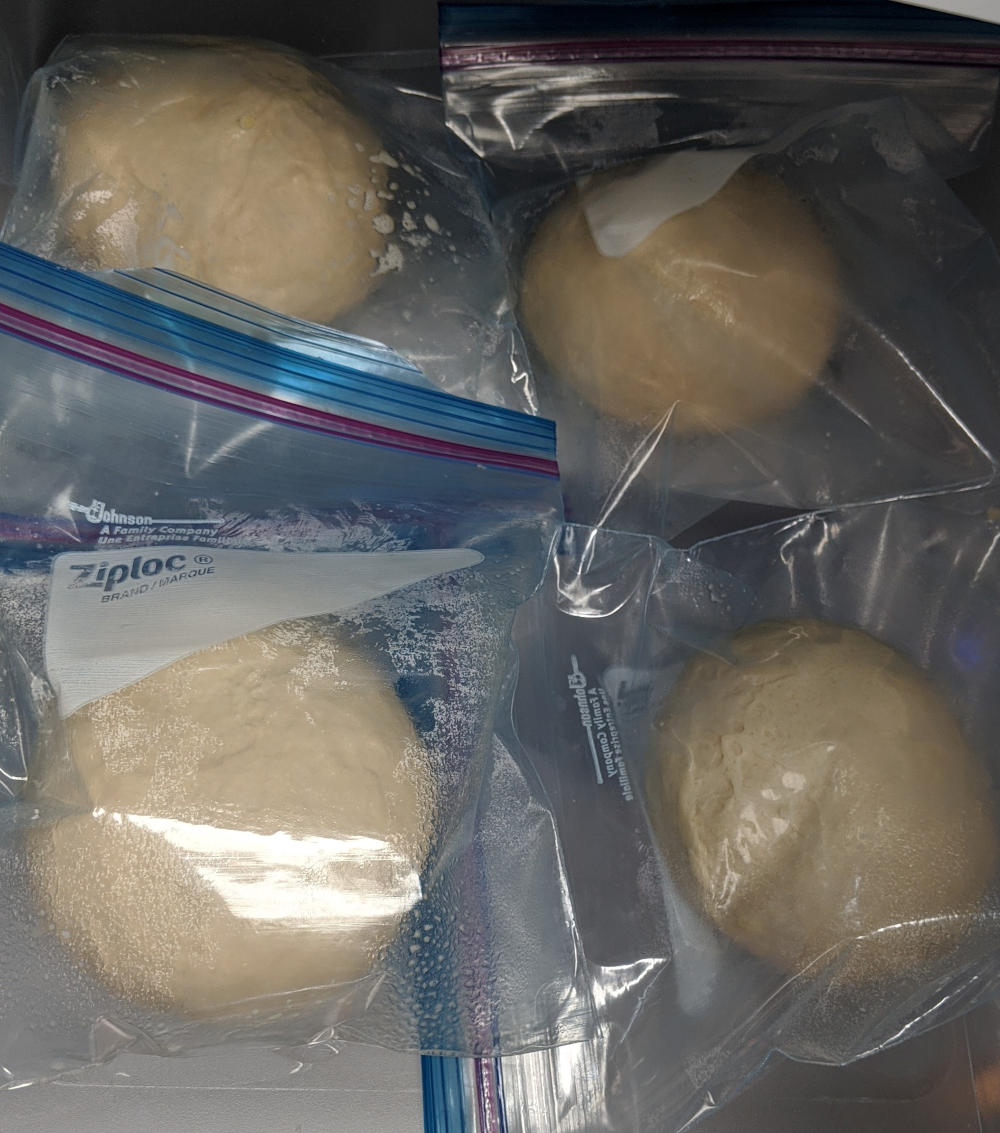 I busted out the same exact recipe again, this time after reading a bit about dough handling and hydration and a ton of really specific hardcord bread shit. I tried to follow the recipe closer this time because I noticed that the dough balls I was making didn't look anything like the pictures on the internet.

Some notable differences were that I tried to use the exact amount of yeast specified. (Previously, I rounded up to half the packet instead of exactly 1 teaspoon). I read somewhere that using too much yeast could cause the dough to go flat because the extra yeast extrudes gas too fast and it doesn't get trapped into the dough.

I started with water in the mixing bowl, and finely mixed the sugar, yeast, salt, and flour together in a separate bowl. Then I added the dry mix to the water. I didn't do this entirely correctly and I ended up having to put about 1/3 of an extra cup of water in the mix. This brings the hydration of this dough somewhere around 65% I think.

I also tried to knead it more to develop the gluten. I didn't spend too much time kneading in the past because I was afraid that it would be too gluten-y. I think it's time to learn how to do the window pane test. I read also about a few other things you could do. For instance, poke your finger into it and if it pops back then it's done. And hold it in the air by two fingers and it should keep its shape.

Dough balls the next morning (~12 hours after): 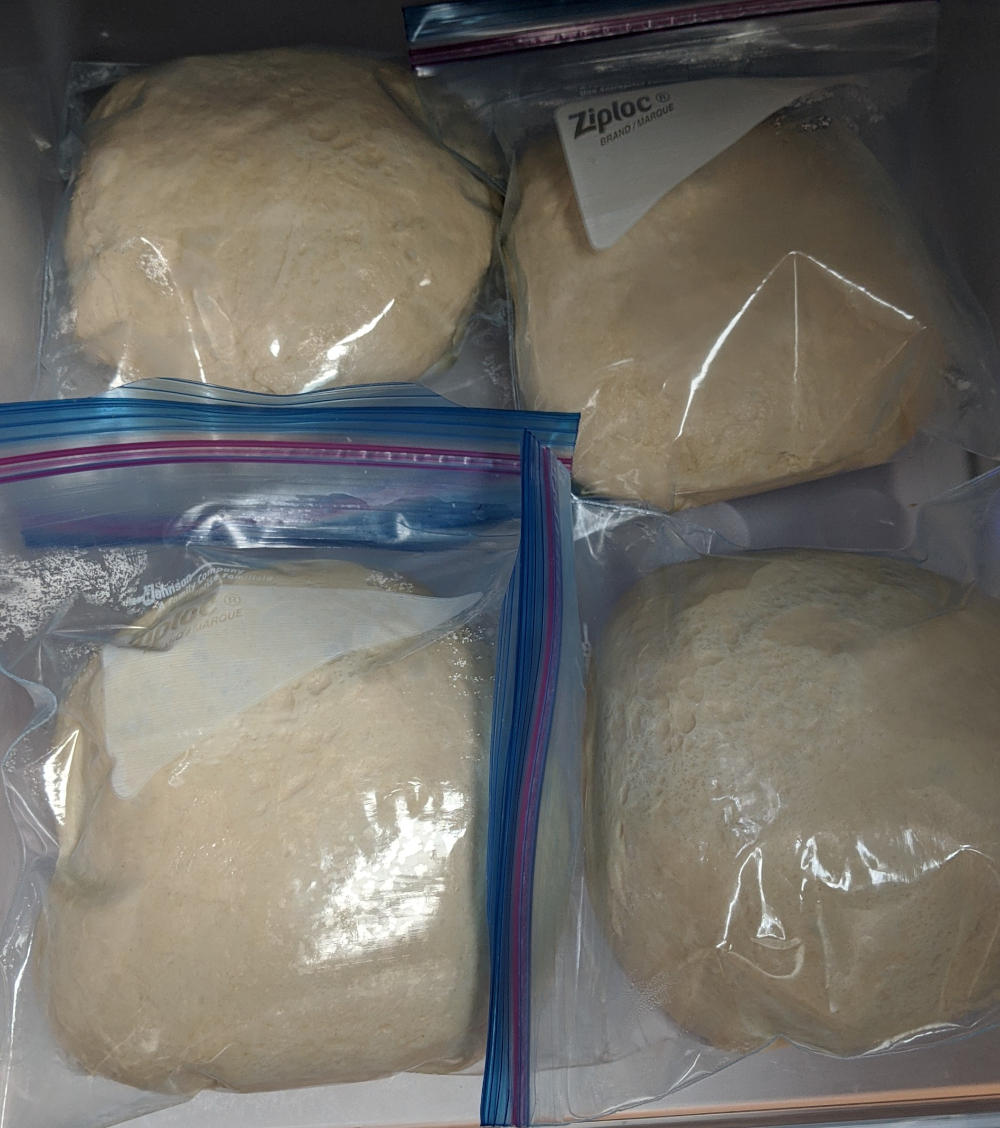 The dough balls have doubled in size, like the recipe and everywhere else on the internet says should happen! They've retained their shape much better too!

If you notice, the lower right one has some really big air bubbles, which I've never seen before. Looks promising. I followed this page to make pizza dough balls, which isn't a step I performed on the dough in the past.

The page says that folding the dough in on itself and the sealing the seam on the bottom helps further develop the gluten and trap air inside, making sure the dough ball will expand even more. It also says you should do the folds about 25 - 35 times each. (I didn't go that far this time, but I should have.) 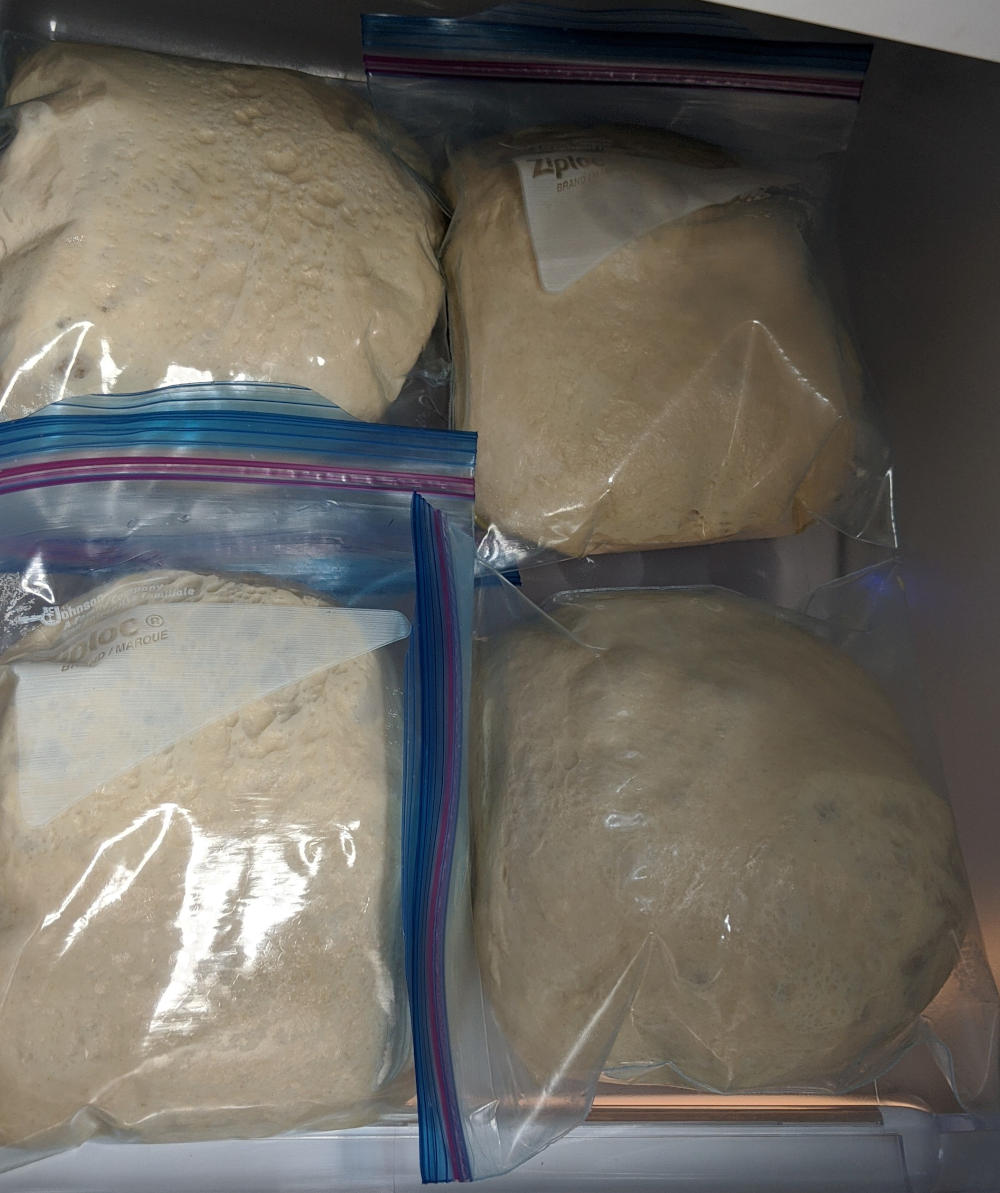 They've  grown even bigger! This is great. The quart bags specified by the recipe are starting to look too small. I might switch to something less disposable later. But there really isn't much room in the fridge I have now...

Uh oh. I think the dough balls are starting to lose their shape again. At least now I sort of know what I need to aim for. I think for next time, I just need to knead even more. I didn't do the window pane test properly and I didn't go up to at least 25 folds when making the dough balls.