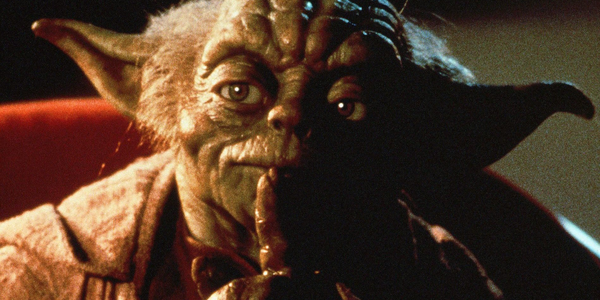 I made a second pizza today. I didn't fuck up the dough stretching this time. Just leave it in it's original shape on top of a flour'd surface to come to room temperature and everything'll be fine. 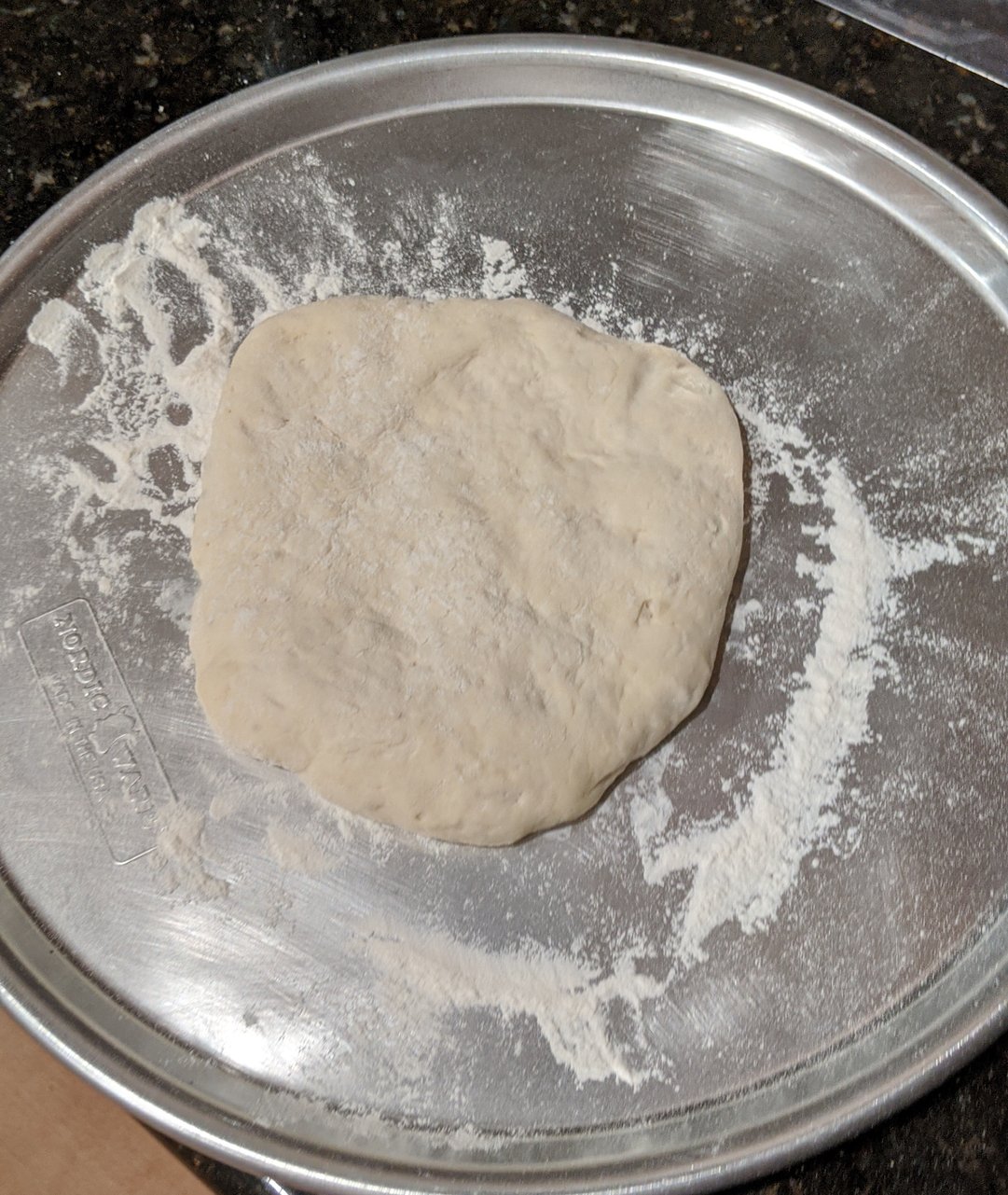 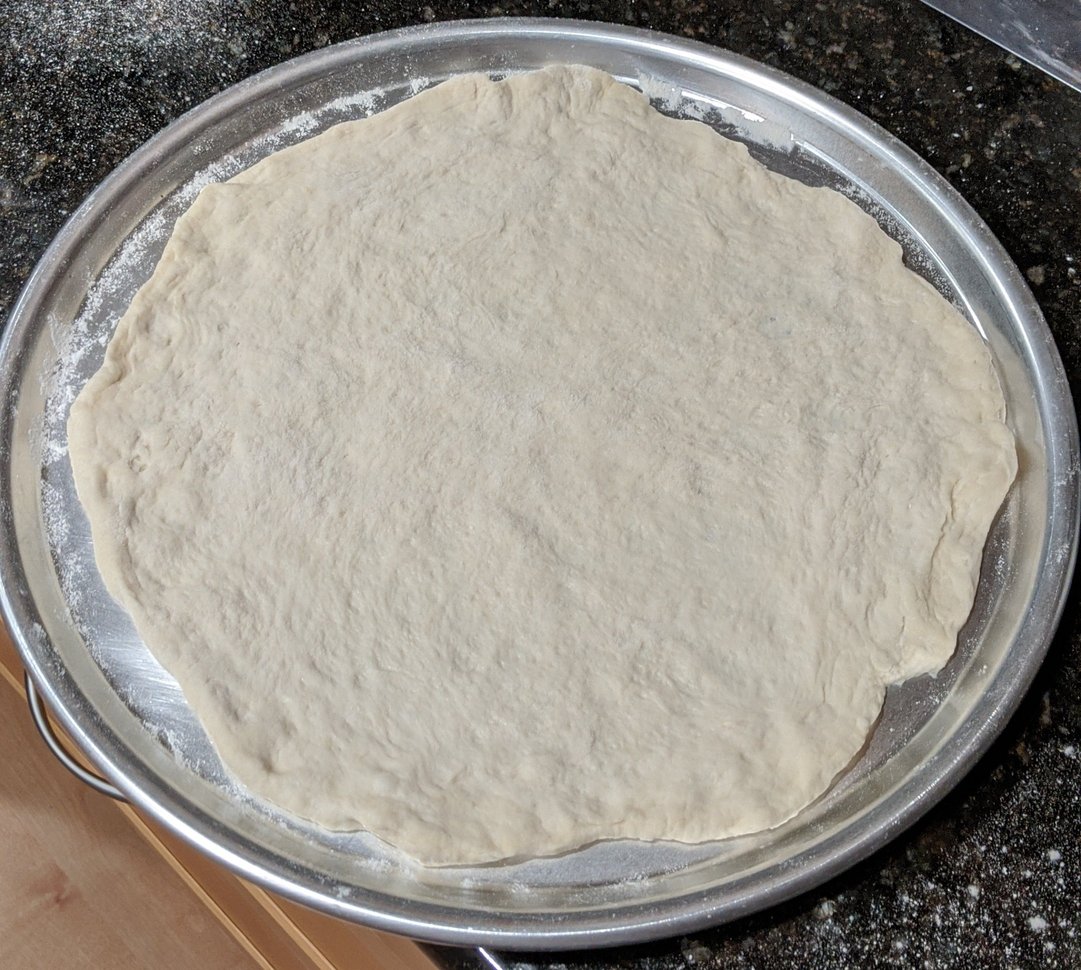 So, at least this time, it's round and takes up most of the pan. 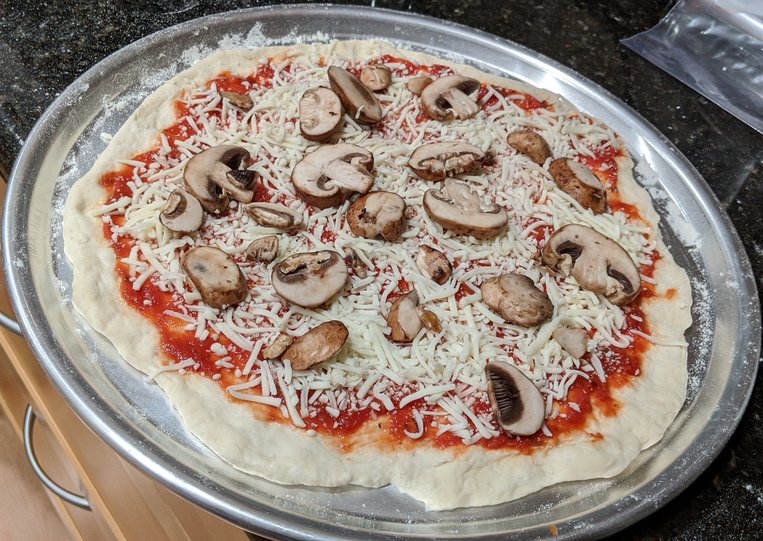 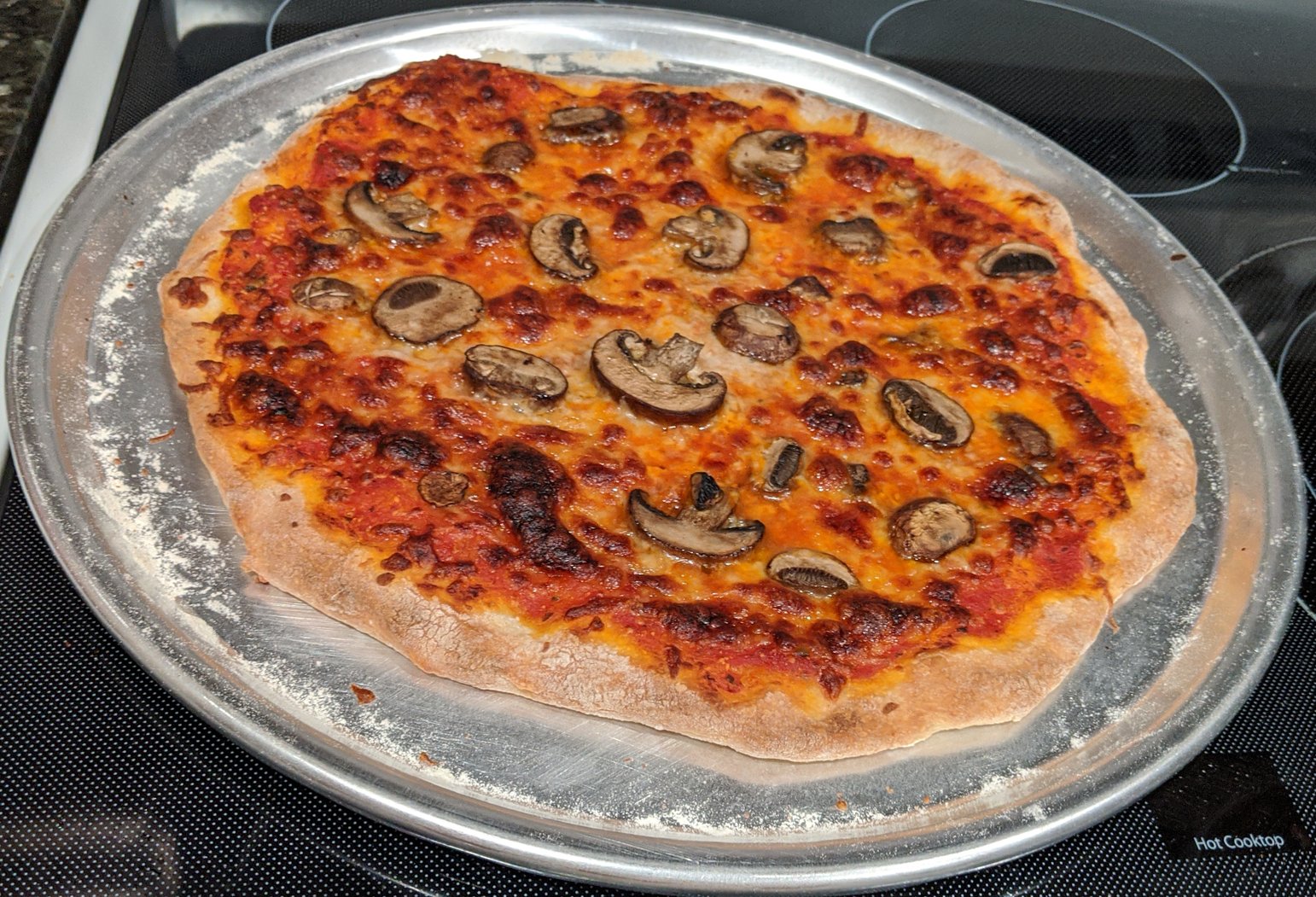 The crust is browned nicely and has some cracked flour on top. It's surprisingly authentic looking. 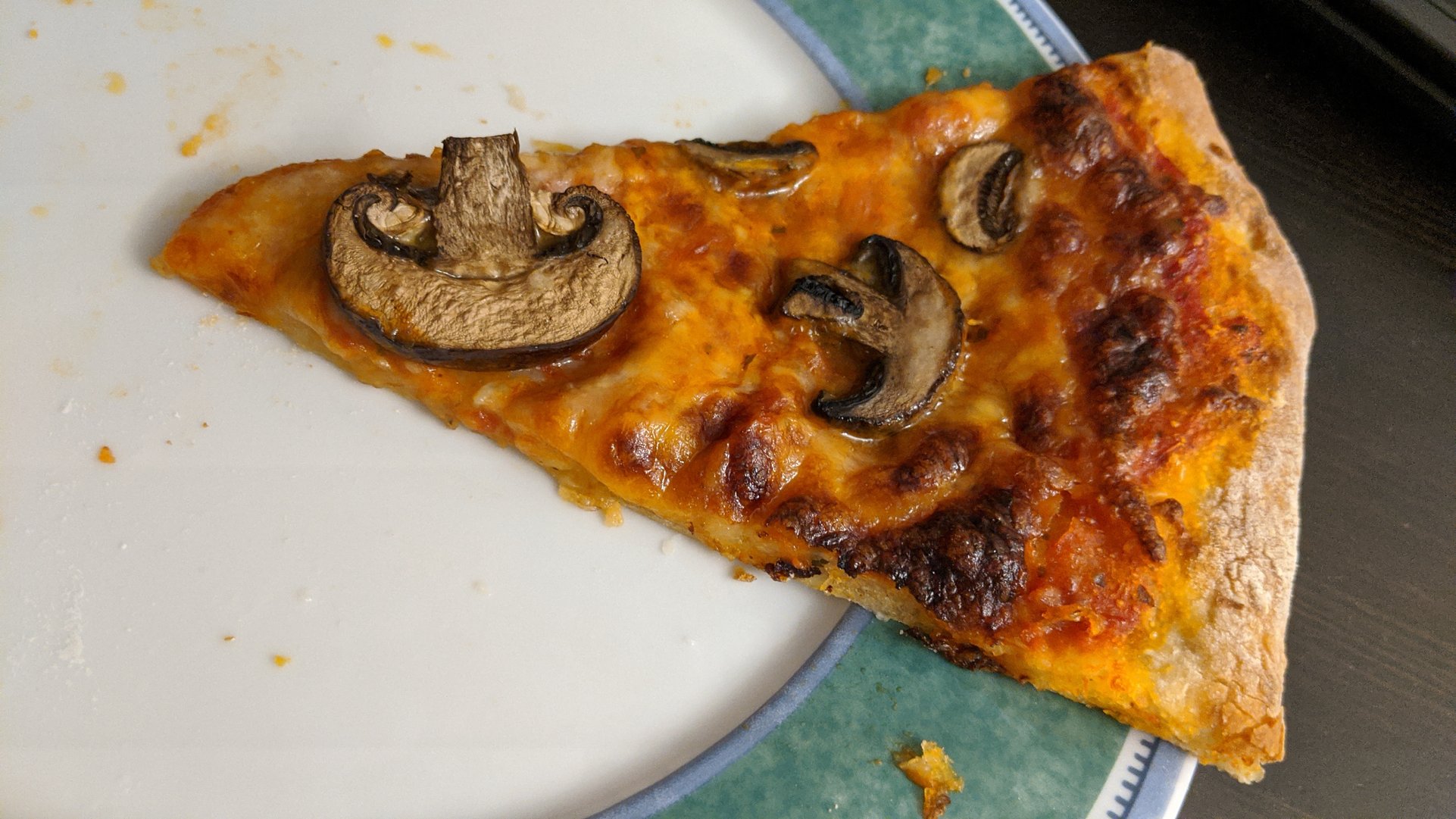 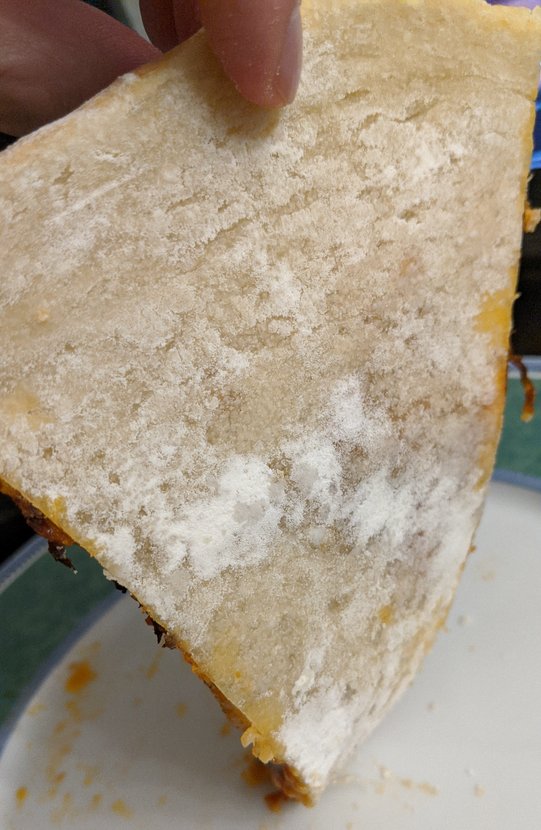 The bottom is soft and not browned. It's fully cooked though, just floppy. I figured out why people need pizza stones and special ovens now. Also, I took a look at the assembling part of the recipe again, and it says "Place your pizza stone in the oven and preheat at 550 degress for at least 1 hour". Whelp. Somehow I've never read this sentence before, but now I need to figure out a way to get a pizza stone/oven/peel setup.