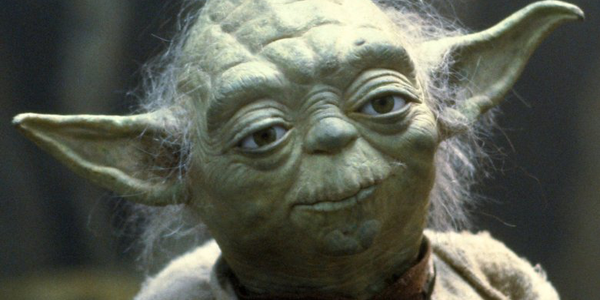 So I tried to make pizza from supermarket ingredients this weekend and it turned out better than I expected. You know when you just try and make pizza without a recipe and guess at the ingredients you need? And it ends up coming out raw and, like, gross, and bleach-y tasting? Well, thankfully that didn't happen.

I used this recipe for the dough:

And just sort of winged it for the toppings (the recipe doesn't really specify much of the specifics).

The dough making part took a long time, because I'm in a new place and I had to buy a pizza pan and a mixing bowl. I also tried to use some old (active dry) yeast, but it wasn't bubbling and apparently that means it's dead. I had to hop over to the Smart 'n Final to get some instant dry yeast like the recipe needed. 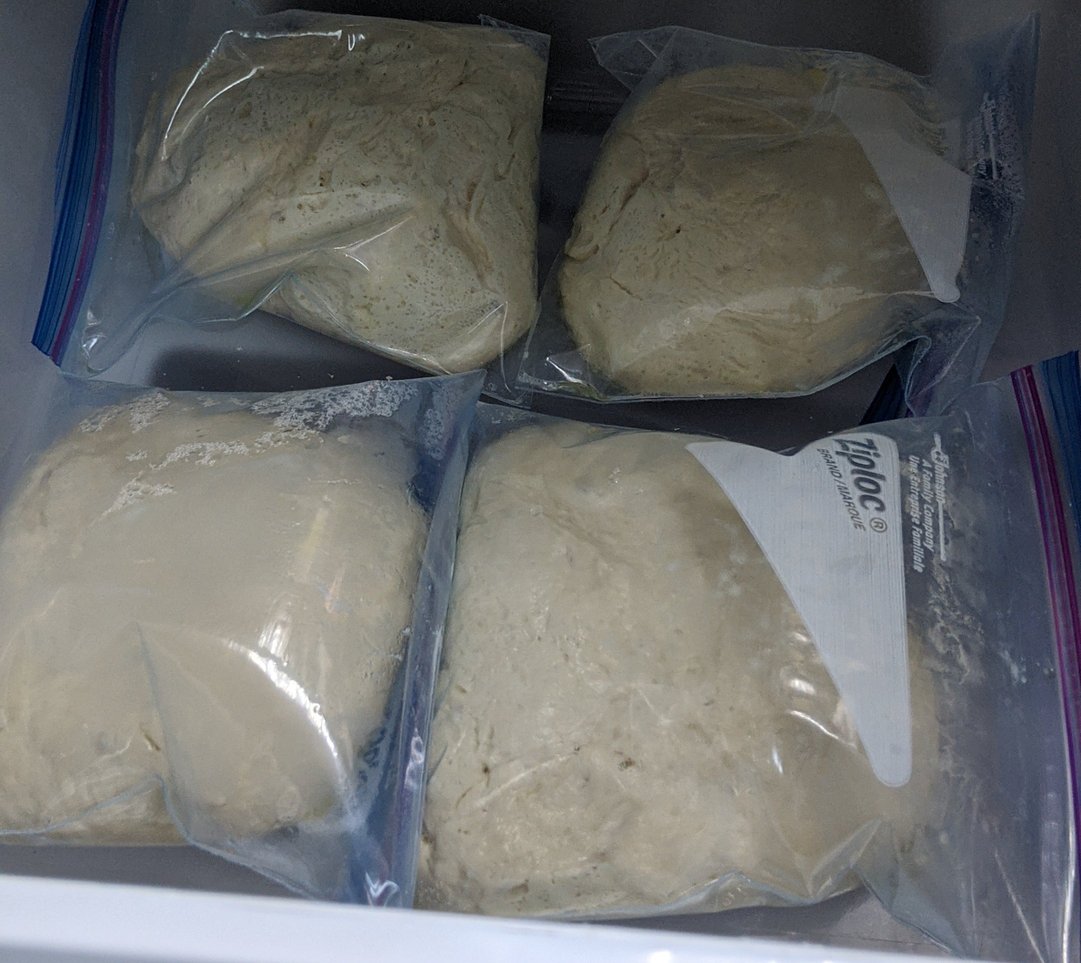 The big dough ball seemed a little small, but it really rises a lot.

Stretching the dough didn't go so well. The middle was super thing, almost translucent while the edges were too thick. I decided to roll it back up at the cost of pushing out all the gas and I got this shape. 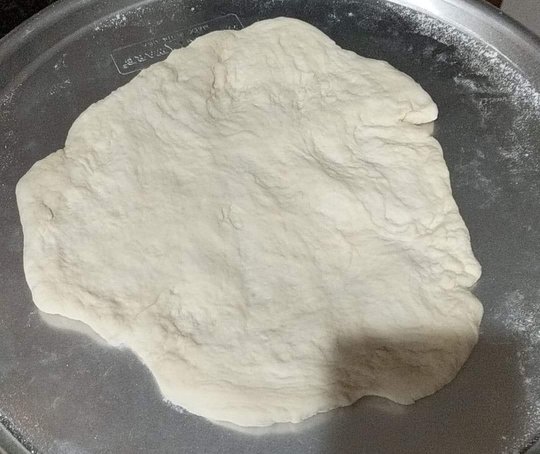 Now that I've seen how much the dough rises when baking, I should have probably just kept it the first way and it would have been fine. The recipe says it makes four 14" pizzas, so the goal is to stretch one of these bad boys out until it covers the whole pan. 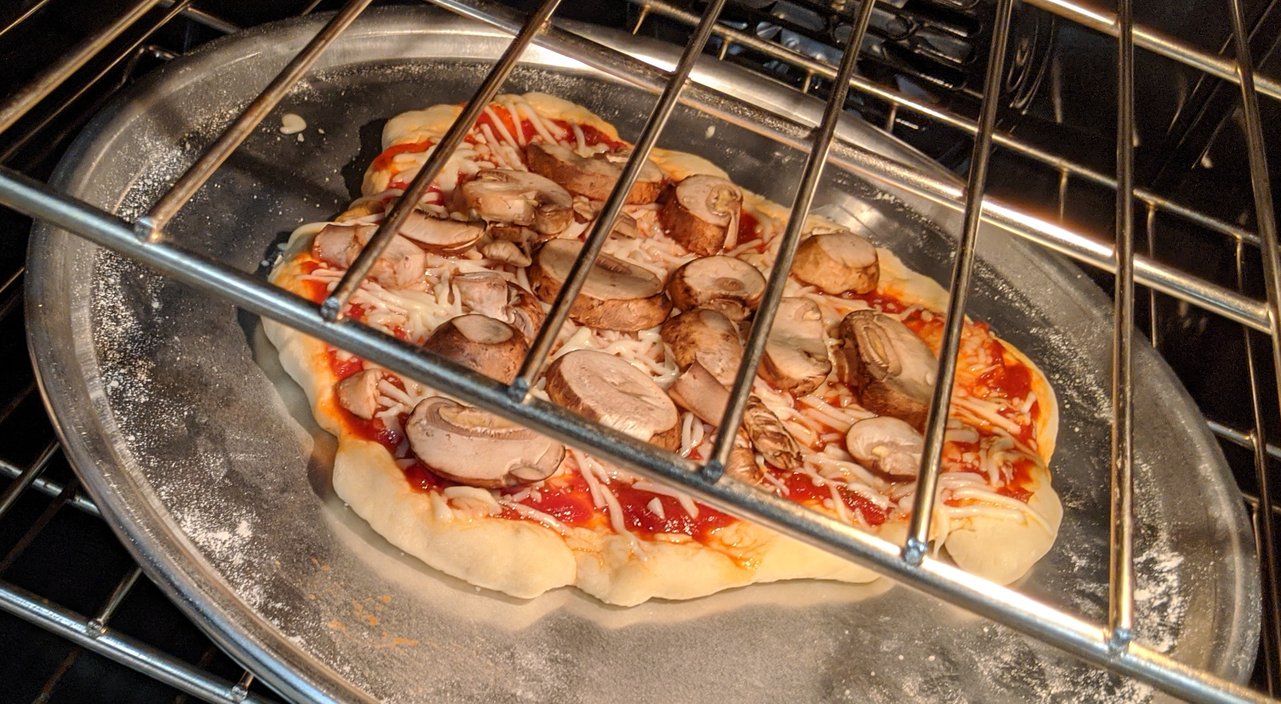 Ingrediates on the pizza, just as it's going in the oven. Strategic missteps here include using too much sause, not enough cheese, and forgetting to flour/spray the pan (though luckily that didn't turn out too bad). Also, it'll probably be better if I wash and dry the mushrooms much longer before adding to the pizza so there's less water on top. Also, for the cheese, I went to Safeway and got low-moisture shredded mozzarella from Lucerne. I almost grabbed the 2 cheese blend of moz and cheddar but that's some bullshit midwestern shit. If it's one thing I got down, it's the ingredients. (That is not to say that there won't be room for experimentation later...) 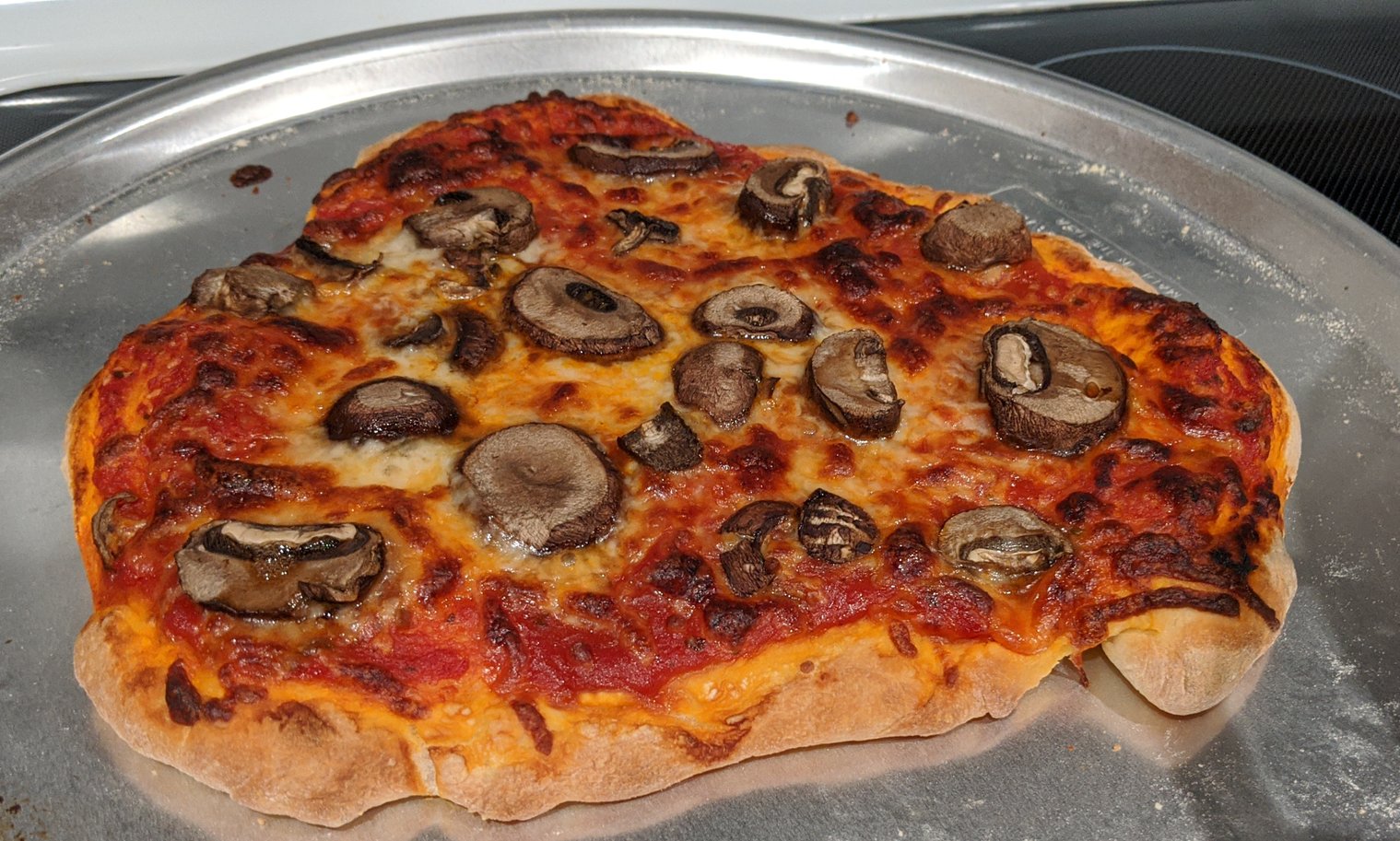 Out of the oven, the pizza was soggy in the middle because of the sauce and mushrooms. Also I used 500 degress from another recipe instead of 550 that the dough recipe specified. I don't think it made a difference but next time I should go straight to 550 and see what happens.

The look isn't bad. The cheese is nice and gooey and the burn marks are pretty familiar. I'm glad the crust started browning like an actual pizza. You can thank the sugar for that. Needs a little more brown though.

The pizza itself wasn't bad. I could recognize the pizza taste when I bit into it. The dough was heavy, probably because I degassed it really badly. That's the biggest fault, I think. Supermarket marinara sauce works well.

HMMM NEW YORK PIZZA, THIS IS NOT