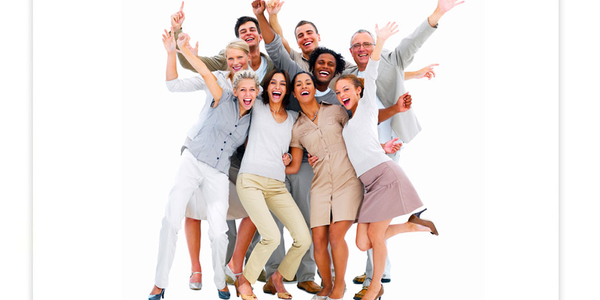 Look at this picture up here. What the hell?

Ok, wait let me start over. This picture is on the "careers" section of a certain website for a Korean high tech company in Silicon Valley. Look at this picture. Do you think this is a photo of actual employees?

Look at the ratio of men to women in this photograph. If this was a picture of employees, it'd pretty much be a picture entirely composed of old guys. None of them are unattractive, nor old, fat, and Asian (which is something I'd expect from a Korean company. Where are the Korean employees?). Maybe it's a photograph of the HR department? That really doesn't make sense though. Why would you take a picture of all the people in the company who are trying to keep you out? It's a technology company. Take a picture of the engineers, they look more miserable than that.

By the way, there are, like, NO black people in Silicon Valley. Seriously? There's at least two and a half in this picture. That's almost 30 percent of people in the company. Hey don't look at me like that, I didn't make this up. It's true. It's be super awesome if it weren't. I'd be excited to be in a place with those people. But show me a big company that looks like that.

I'm just saying, whoever walks into the building is going to be super disappointed.

UPDATE: Google image search says it's a stock photo called "Happy People". I'm not sure that's what you could describe engineers, but oh well. Good job advertisers, I guess.