The Dyad of Pizza 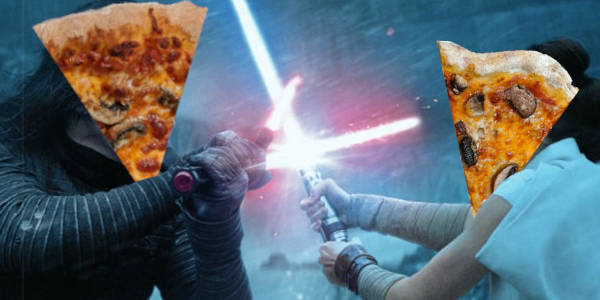 I made two pizzas from the latest batch. This is the first time I'm using the pizza stone after I screwed it up by dumping a pizza upside-down onto it. I made sure to clean off the burnt crust and stuff as best I could and now it looks really old...

Anyway, the first pizza I put in the oven for about 10 minutes and it was slightly over done. Despite being a nice brown color, the crust is thick and hard all around. 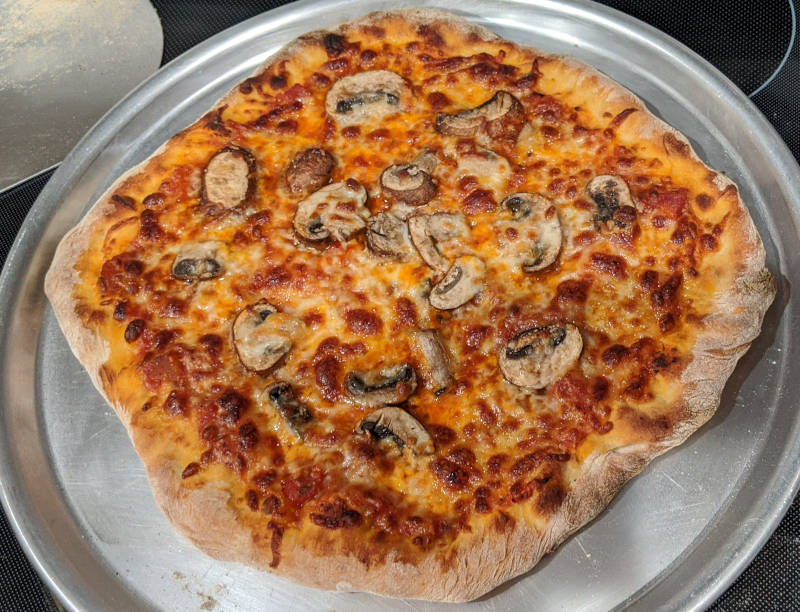 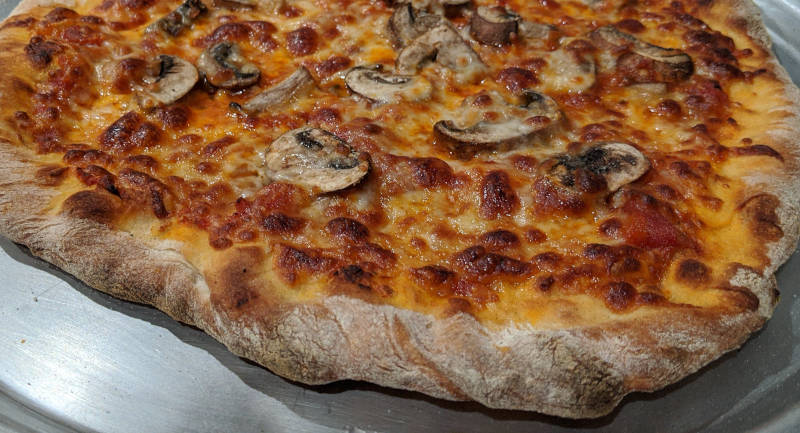 The brown is supposed to come from the undigested sugar in dough caramelizing due to the heat. I'm not seeing that happening in my dough, but I think it can be fixed by properly timing the fermentations.

This pizza was okay. Probably will have dad issues and then mysteriously redeem itself right before an untimely demise.

My second pizza, I cooked for about 7 minutes. This time, I preheated the oven to 550 degrees for an hour, then I put the broiler on high for 5 minutes. While the broiler will be off when the pizza goes in, the coils at the top of the oven will still radiate heat, cooking the top more evenly. Next I put the pizza in. After about 4-5 minutes, I turn the broiler on and let the pizza stay for 3 minutes or so to finish the toppings. 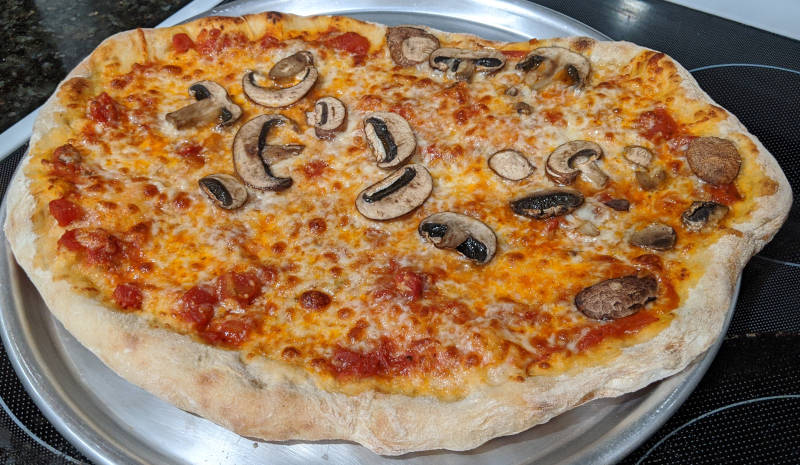 I think this PIZZA OF LIGHT is the closest I've come to greatness so far. The crust is soft and chewy. It's starting to approach what you would find in a New York pizzaria. There was one specific bite out of the entire crust of the pizza that was perfect. So yeah, I just need to do that but for the whole pizza next time. 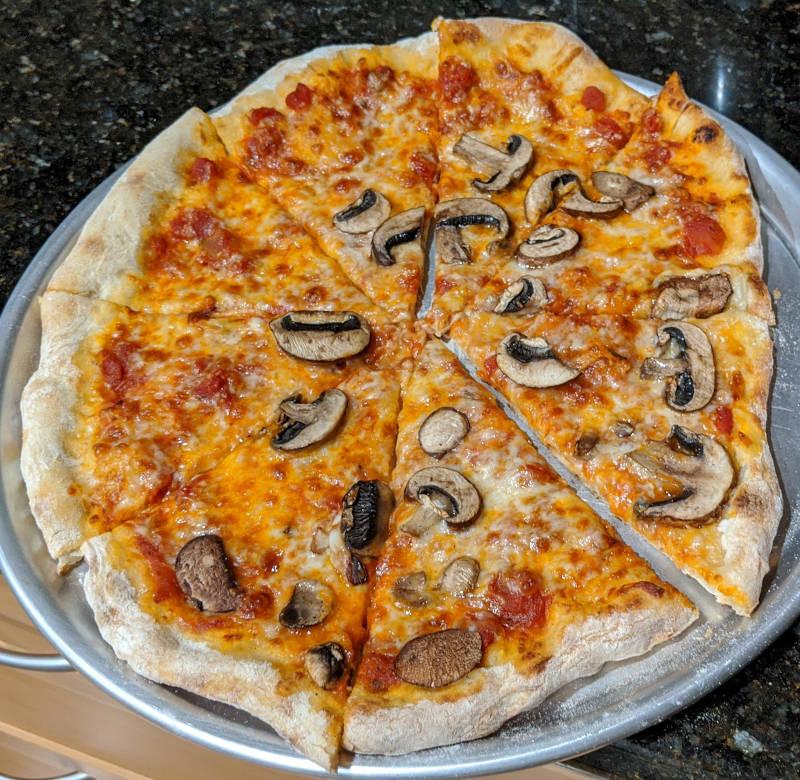 Somehow, it looks better sliced. It's lopsided because it caught a little when I put it on the stone. 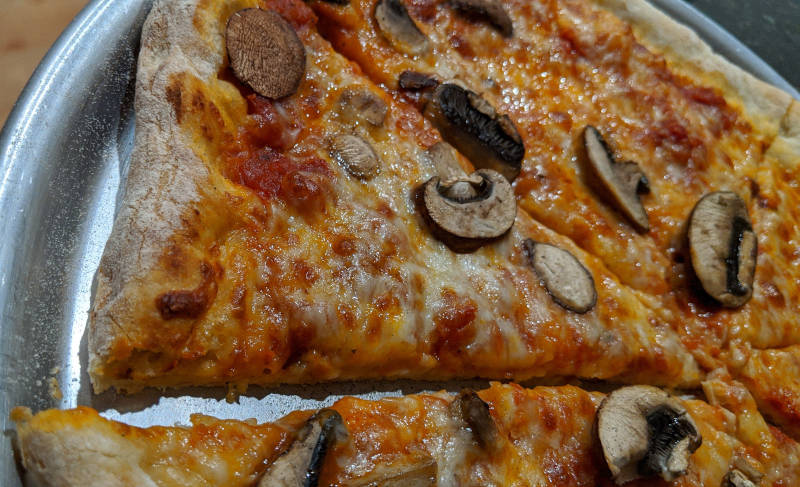 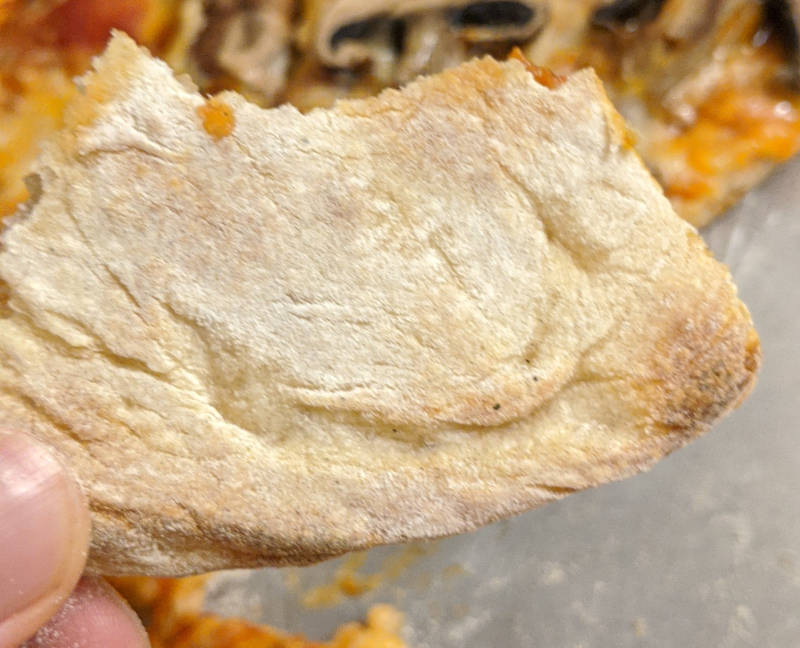 As you can see the bottom is slightly too light, and covered with too much flour. I might bite the bullet and buy some corn meal soon. This one had too much flour everywhere. 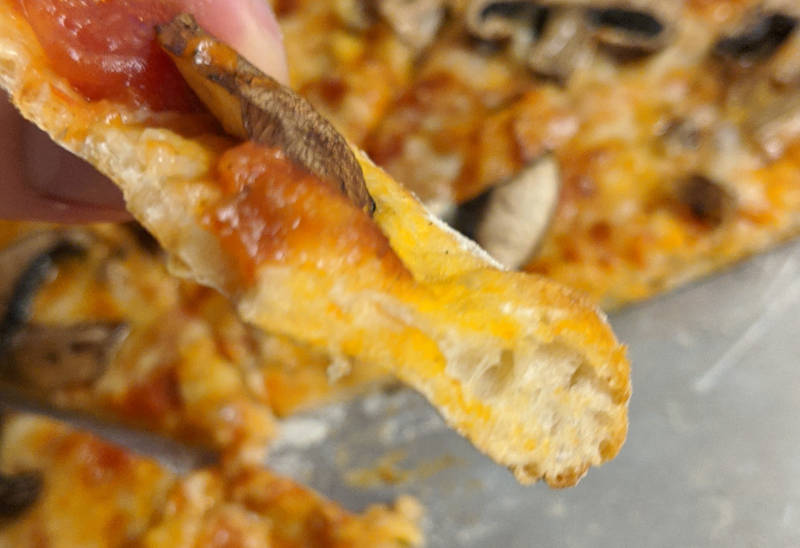 The dough isn't great, but better than previous attempts. You can see there are a few larger holes here, but in general the dough didn't hold gas that well.

As a result of the previous point, the middle of the pizza is very thin and not satisfying. The major weakness of this pizza. Problems in the dough ball stretching technique exacerbated this.

I have a feeling that a thousand pizzas live in this one and it will go on to uphold the legendary pizza legacy. Also that it's way too OP, mastering jedi tricks implausibly fast, and has bullshit powers like force heal.