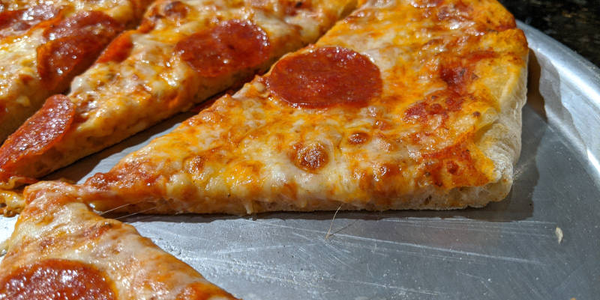 Tragedy has struck again, leaving these last two pizzas with lasting scars. But you know what they say--hard times make for hard pizza. Or what doesn't kill pizza makes it stronger. Something like that.

For the third pizza, I decided last minute to take it out of the freezer. I put it on the stove top and set it to "warming" mode, but then I forgot about it for like an hour. Turns out "warming" is pretty hot and I burned it. The bottom of the dough turned into really crappy bread. RIP

The fourth pizza greatly surpassed my expectations. It puffed up real fast and real good when I put it on the stone. I think this is the one I folded the most when I was making the dough balls, so the gluten is the most mature. I should really start labeling these things. 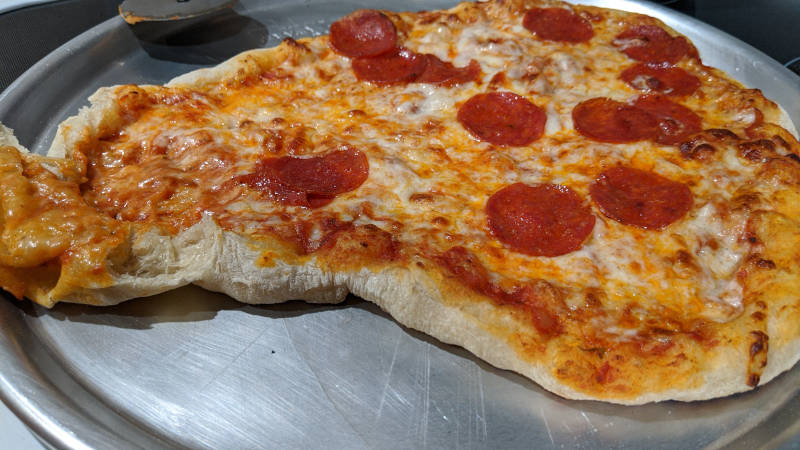 The pizza is lopsided because it caught on the pizza peel again. I bought cornmeal to use but I forgot to put it on... Again this is probably a dough quality related issue because the side that stuck was so thin, a tiny hole appeared and sauce came through it and made it stick. Unfortunately, there was a section that folded back on itself and resulted in a slightly undercooked section. I'll get this down someday. I should also swap the 14" peel with a 16" one, but that can wait until I get the dough making down. 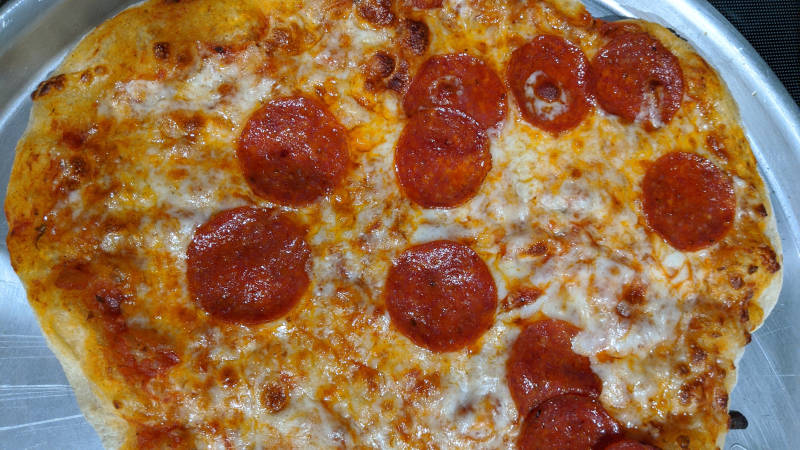 Oh and this is the first pepperoni pizza I made. I also used higher quality quality ingredients (purely by chance; they were on sale). Prego sauce is thicker and better tasting than that signature kitchen crap I got before. And doesn't have random big chunks in it. I also got Sargento mozzarella shreded thicker than the store brand. Definitely going to use these from now on, cause they taste real good. I was going to wait until the dough was better, but it really makes a difference. 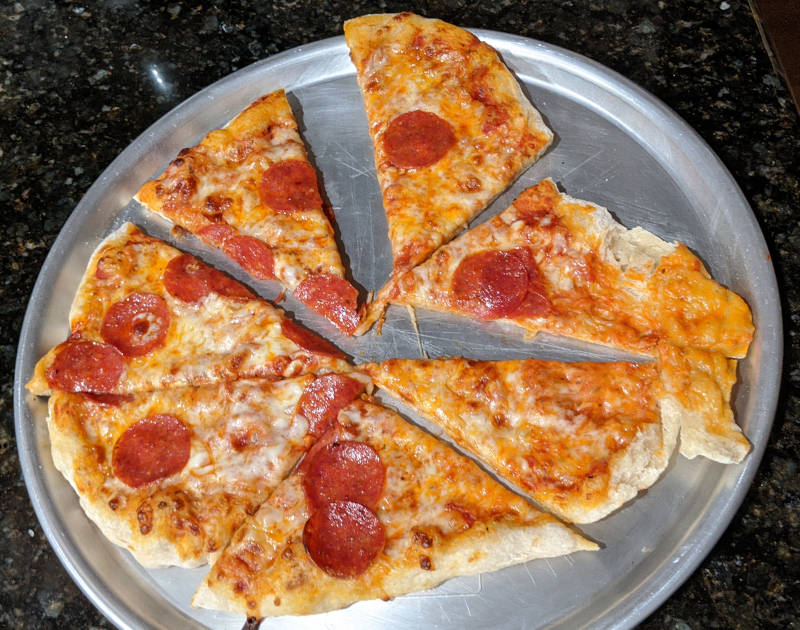 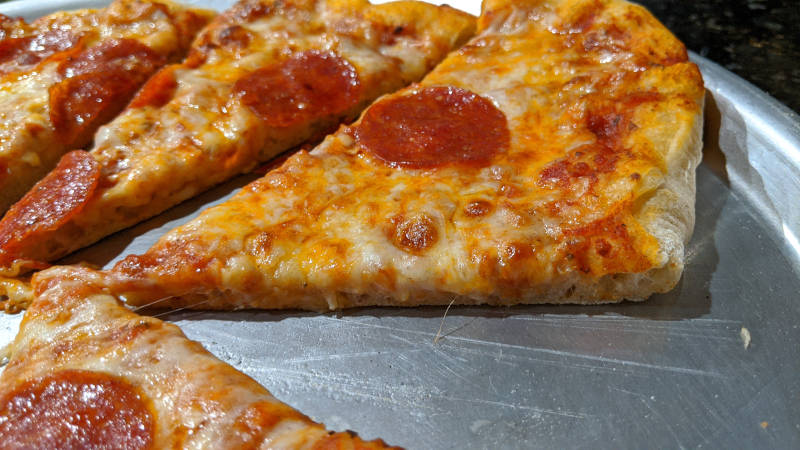 Looks good sliced. As you can see it's the thickest pizza yet, despite being the same size raw. There's some good bubbles in here.

This piece is so photogenic. It's about store-bought instant pizza quality right now. I'm happy with the progress. 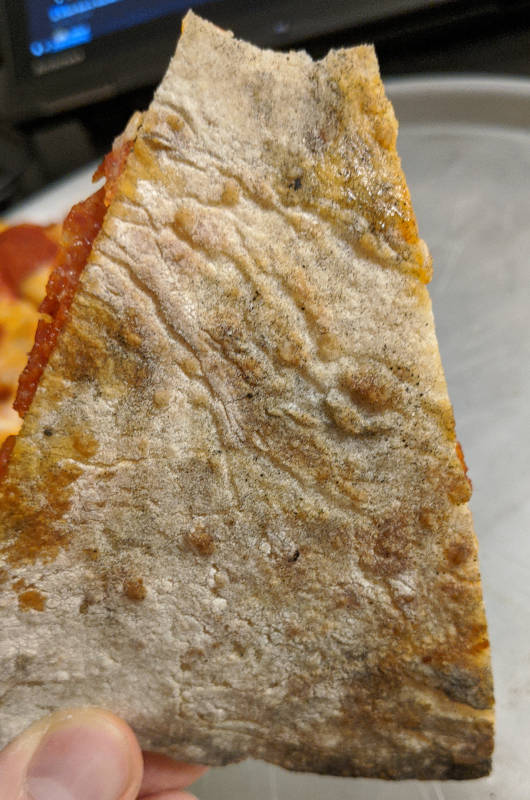 Bottom crust nicely browned, but kind of blistered and wrinkly. I gotta remember to use the cornmeal.