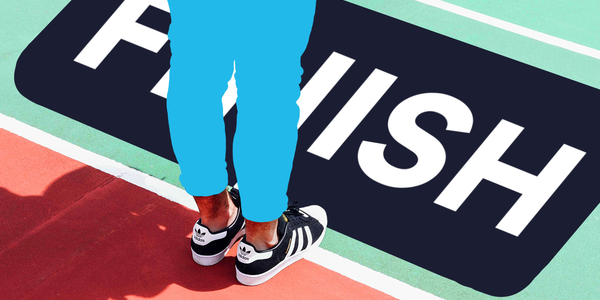 I uploaded Bouncy Block to itch.io!

Only took nearly a year... Well, most of that was me not working on it and doing random shit with my life, but it still took maybe about 10 days of worktime.

I added background music and with that I feel like it's ready to be put to pasture. It took a little bit of thinking because I wanted to use a copyrighted song from an anime. I was pretty sure that wouldn't fly but then I re-read some stuff about free-use and realized that I only wanted a small portion of the song, so I made it a loop instead. I think that should modify it from it's original format enough to keep me out of trouble. So there. I made a flappy bird clone about a green block that is set to overly dramatic anime music.

I think adding the grass foreground graphics and background really made it come together. I was going to make a bunch of small "quintessential" retro game demos but I doing the graphics gave me more confidence. I've been getting back into drawing and doing it everyday and I feel like I'm improving enough to really make a difference.

I think next I want to make a side-scroller platform game, like Megaman, using my own raster art. Let's shoot for less than a year for a demo this time. THe hard part will be juggling game dev with drawing and my day job.