Nervous About Hardware for Some Reason 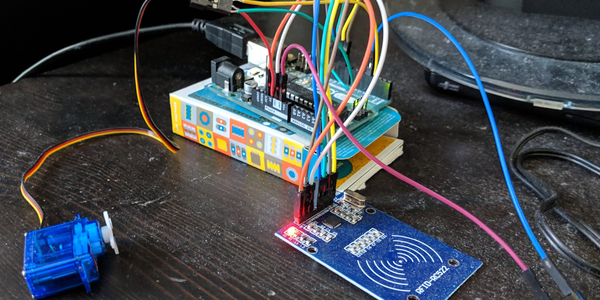 I was thinking about what to do about mounting the arduino to the door and how to attach the servo to the deadbolt. I don't know why, but thinking about it stresses me out trying to figure out how to get 3d printed stuff or buying cases. I've been putting off working on this for a while partially because of it...

Last night I decided to just put together some prototype code. That is, hook up a servo, the rfid reader, and a buzzer together and try to write code that will turn the servo and beep when a card is detected. So here's the thing so far: 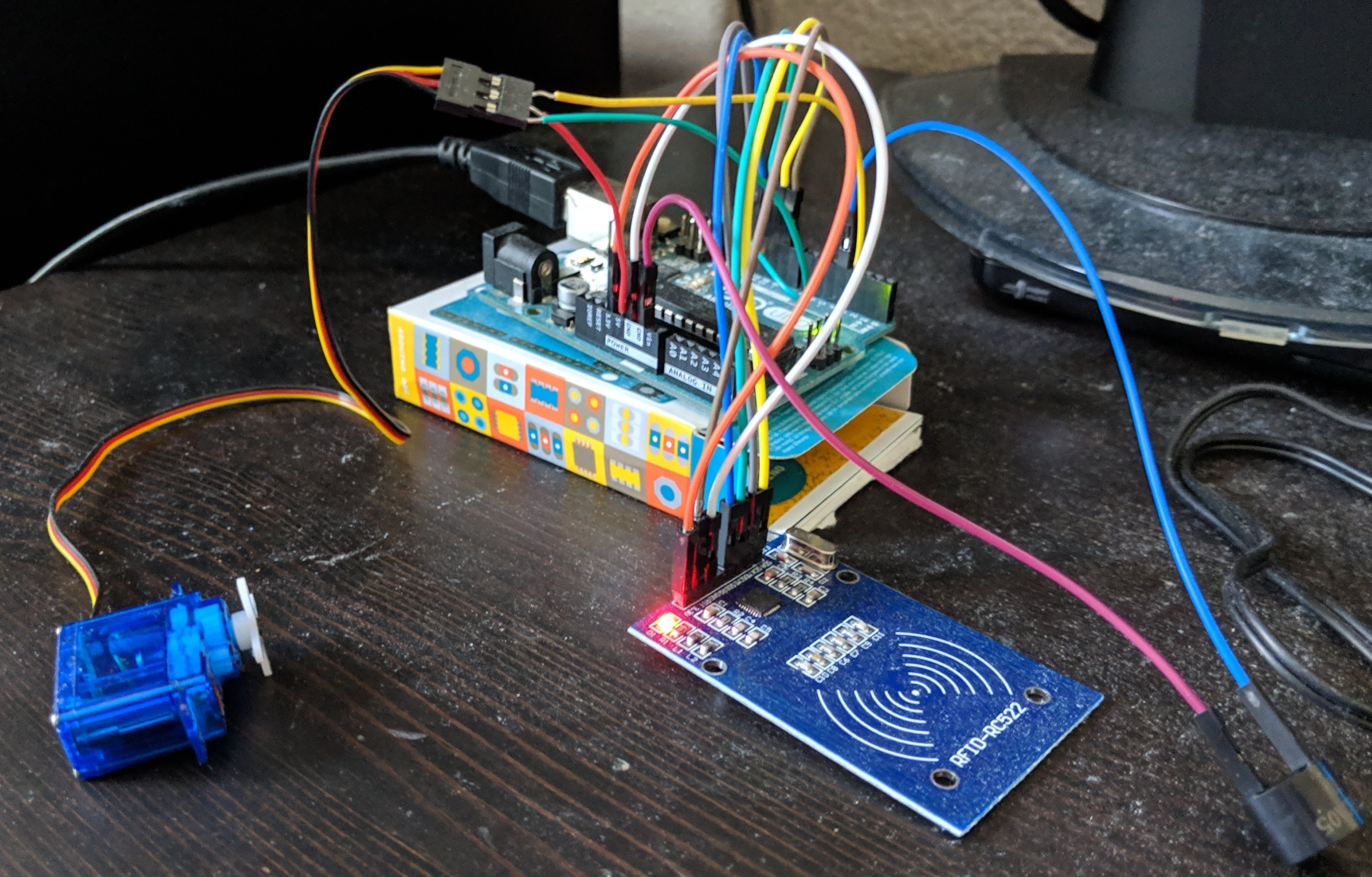 Ignore the dust. I'll move into a nicer apartment some day...

It was an easy win. :) I added some state so that the servo turns back to the locked position after a timeout only if the card is no longer detected. I felt good about it so I put it up on github.

The next easiest thing to do I think is to add some RSA keys or encryption so that it doesn't just accept any old card. After that I need to add a battery pack and servo mounts to see if this tiny servo has enough torque to turn the deadbolt (just from feeling it, I'm pretty confident it does).

Have a random picture of an RFID PICC fob: 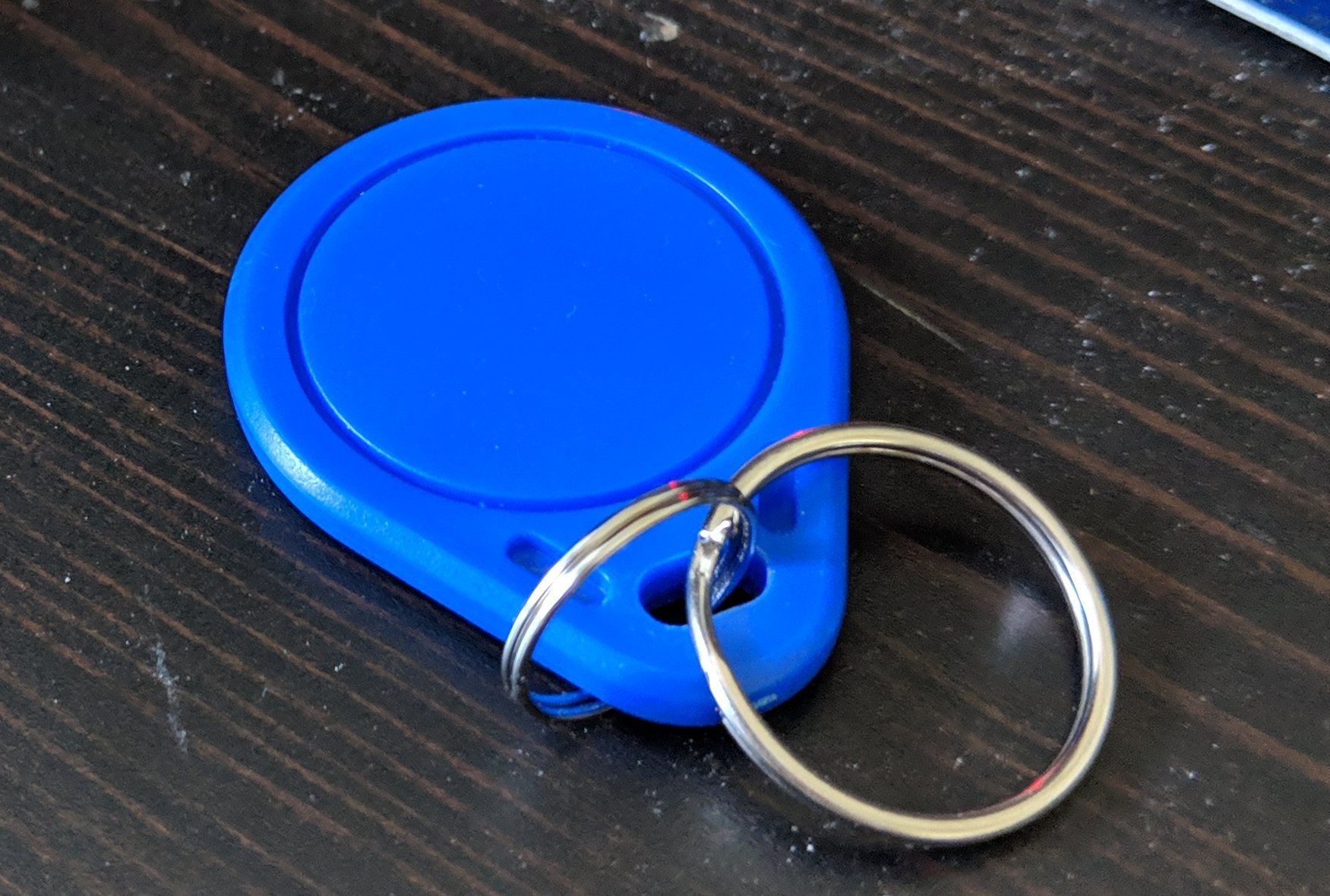 I also found this nice page when looking for power requirements for arduino power supplies:

Some good shit here. Apparently my UNO won't even last a day on a 9V battery. I'm probably gonna have to buy/build the pro mini and do all the modifications in this article for the final thing, so that's good to know.

Good thing I didn't start with the casing.