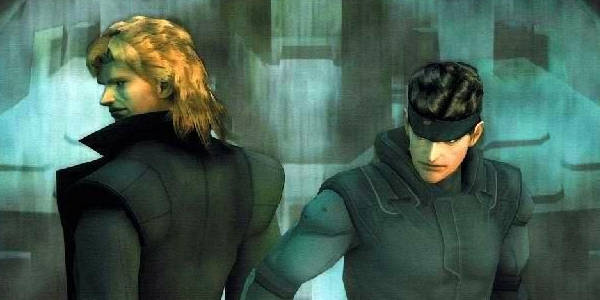 Another batch of 4 pizzas here. A lot of interesting stuff happened. First of all, I forgot to add sugar to the dough. This isn't a deal breaker but it doesn't make the dough taste as good.

Also, what I tried to do was to knead the dough more thoroughly and try to use the window pane test to figure out when the dough is ready. This didn't quite work out because (I would later find out) I wasn't kneading with the correct technique. I spent maybe almost an hour kneading but the dough wouldn't pass the window pane test. I noticed that after a while the dough finally becoming more elastic and softer (like gum), but still wasn't really stretchy.

It turns out there's a very specific technique to kneading dough. You fold, then turn, and repeat making sure that you always turn in the same direction. (If you don't, the gluten development is undone). What I was doing was alternating directions and then resorting to picking up the dough and pulling it apart like taffy. Obviously you could imagine that this resulted in half-ass dough.

Inferring from the video, it looks like this should really only take about 5 minutes. If I can do that, I can avoid drying out the dough with excessive time spent kneading. This definitely affected the pizzas by making them kind of overly crunchy and flaky.

Now, kneading with proper technique, coupled with properly forming a dough ball, and then properly stretching out the dough ball should yield me a much, much better pizza. So that's what I'll be trying out in the next batch. 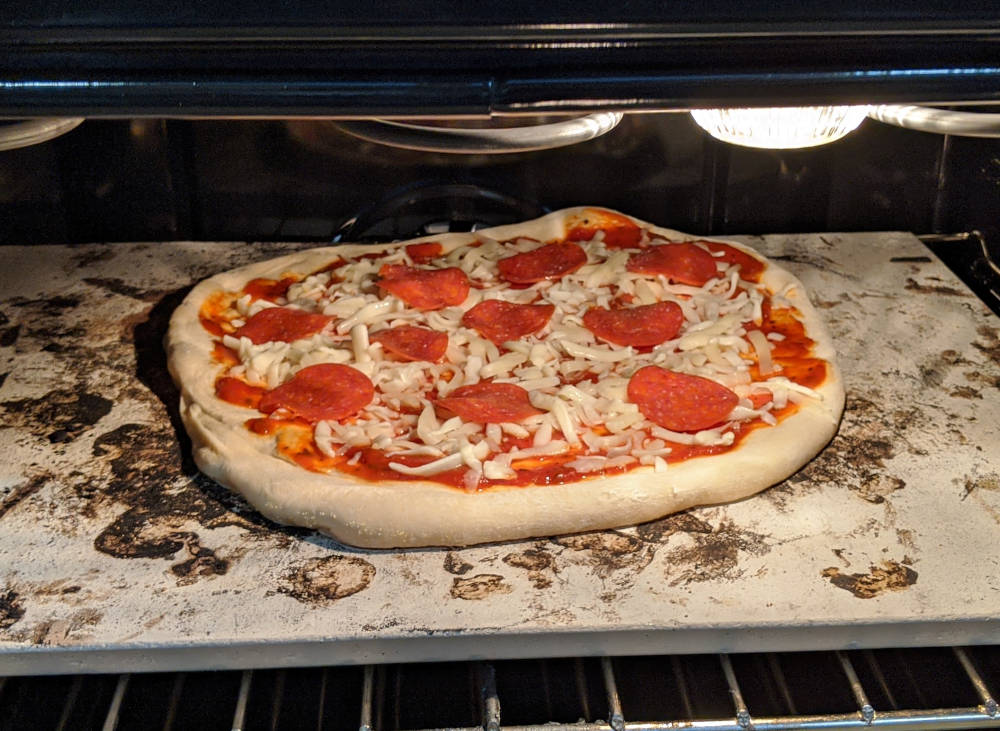 This was much easier to stretch, since I kneaded it so much. The appearance of the crust is starting to look like what you see in professional photographs. I think of the 4, this one came out the best. Most of the pizza was soft and bread-like, as it should be. 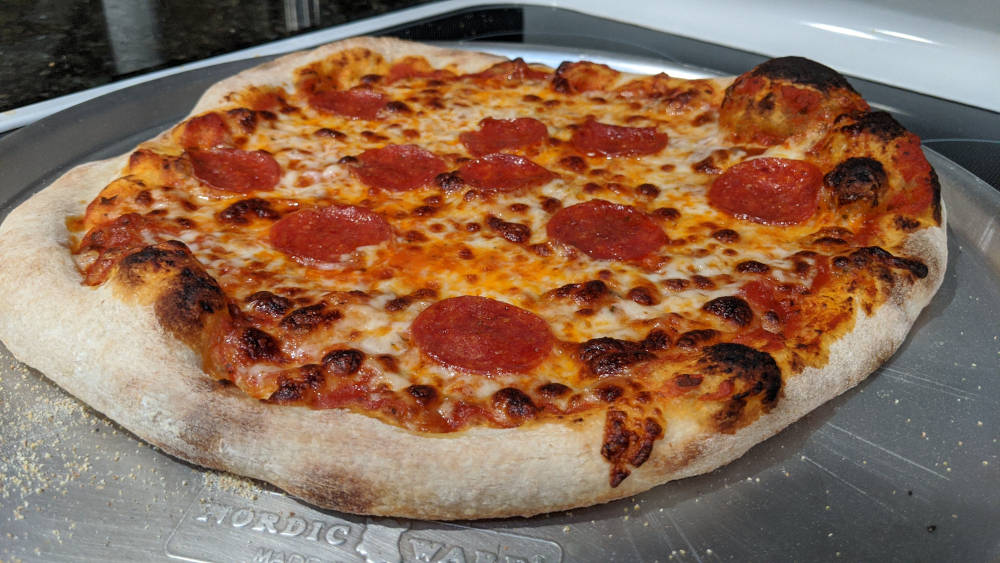 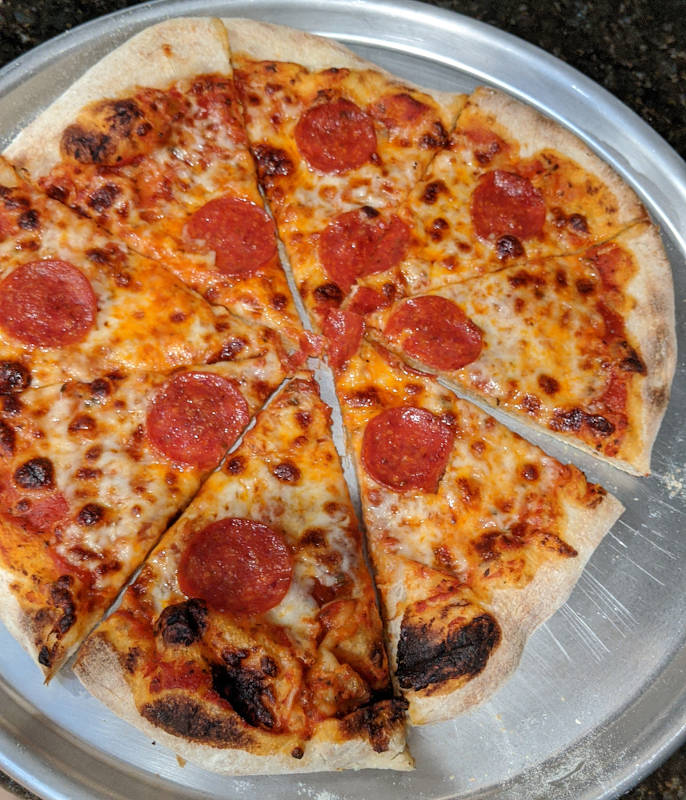 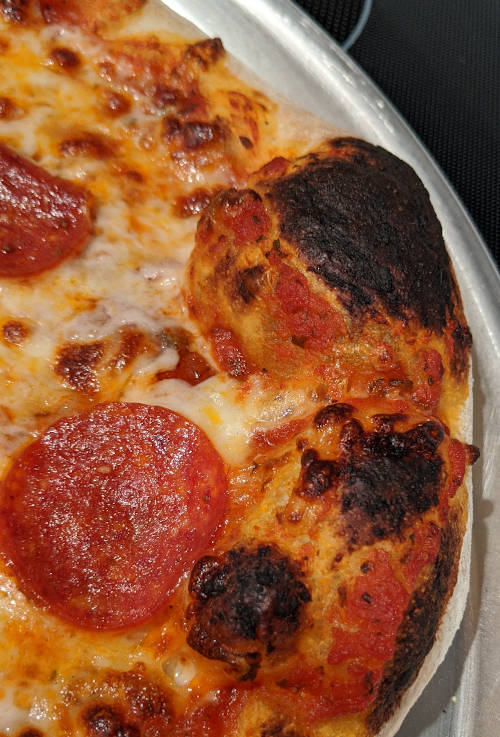 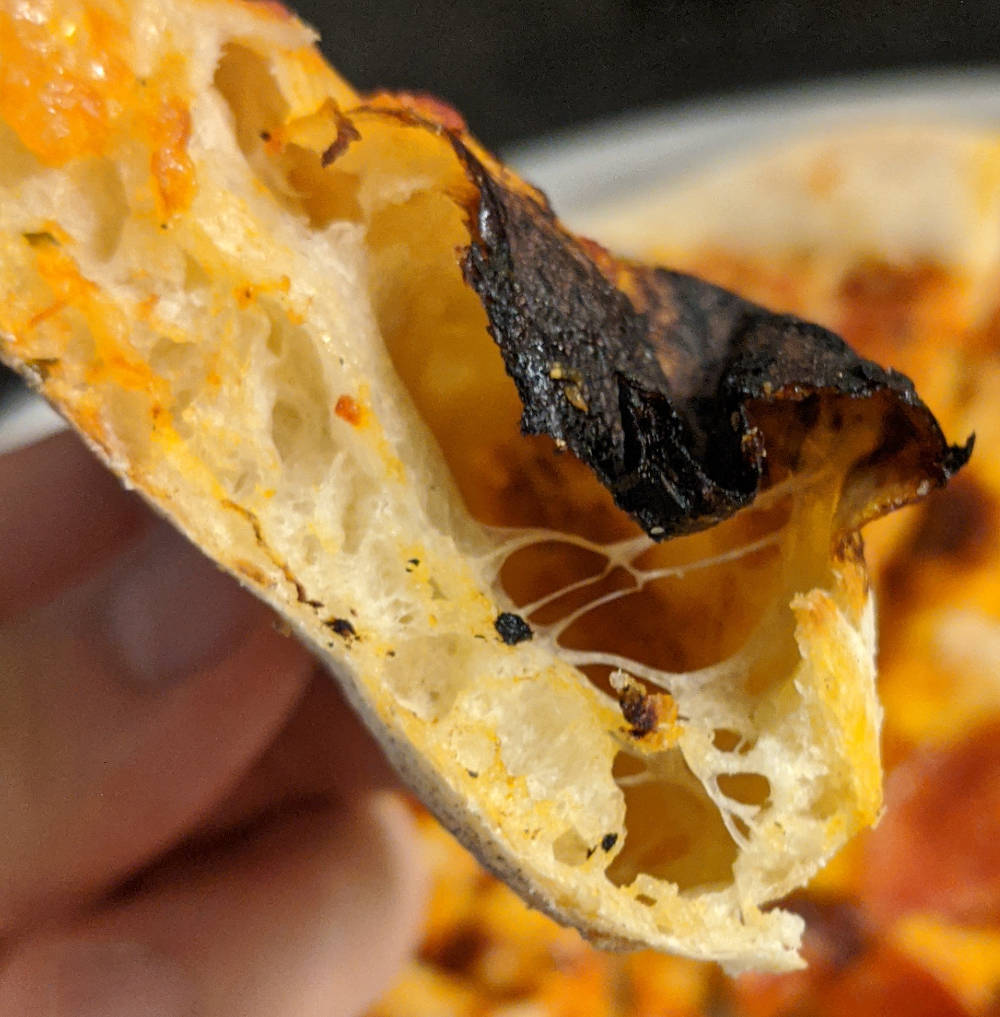 A new thing you'll see with these pizzas are more really large dough bubbles along the crust. I consider this a good sign because it means there's more gluten than before. Whether or not you want large bubbles on your pizza, I think is a matter of preference. 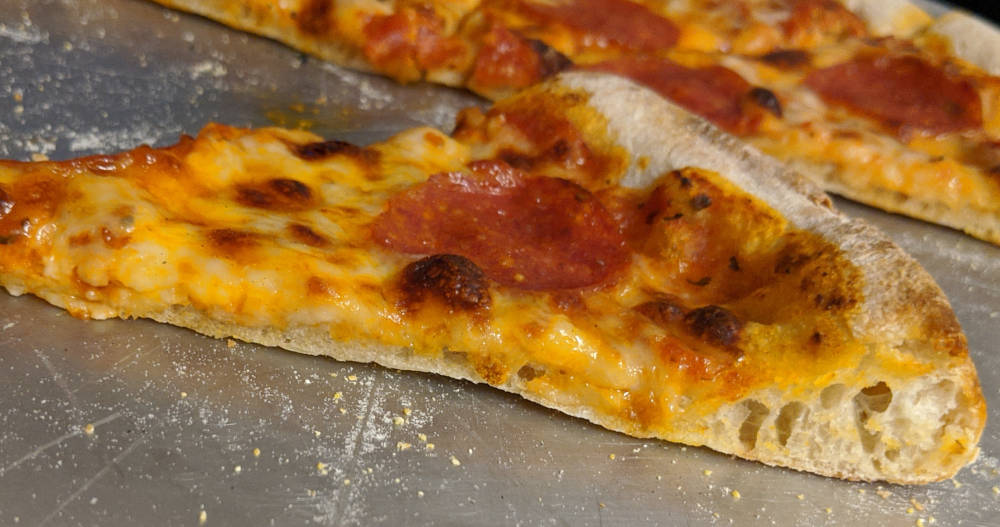 And other areas (near the center) of RECESSIVE GLUTEN 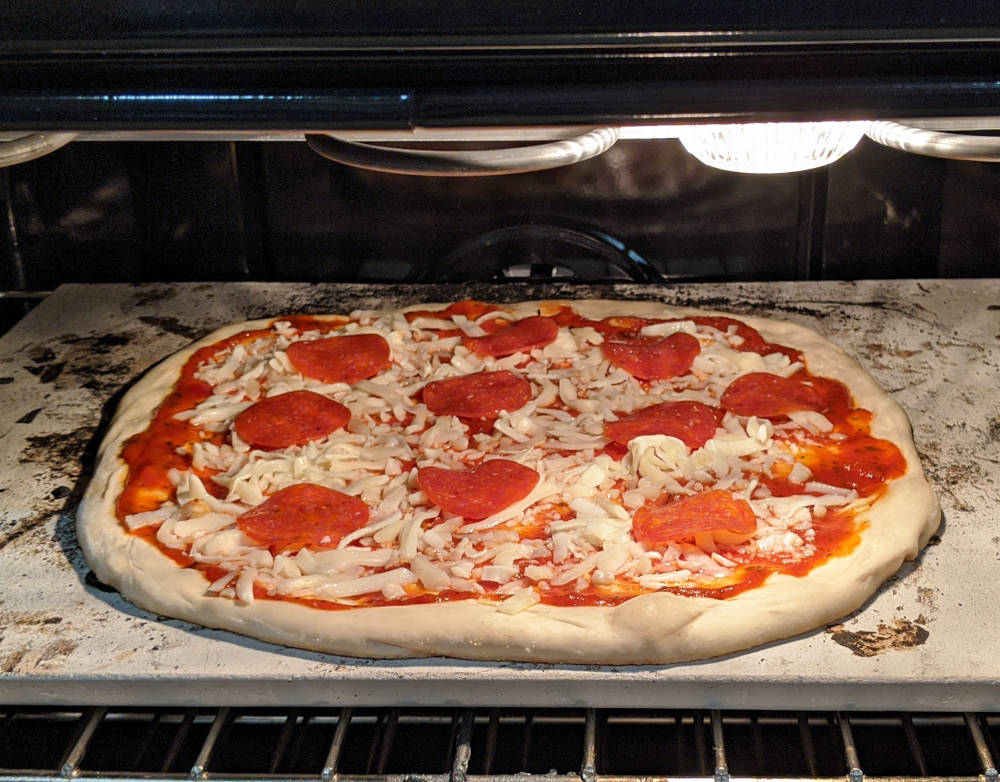 What you'll see here is a running theme of having parts of the pizza beautifully fluffy and glutinous, with large air bubbles and really tasty dough, while other parts are completely flat and bubble-less. All within the same pizza! I remember this pizza being kind of disappointing. Most of it was pretty flat. I guess it just got mostly RECESSIVE GLUTEN 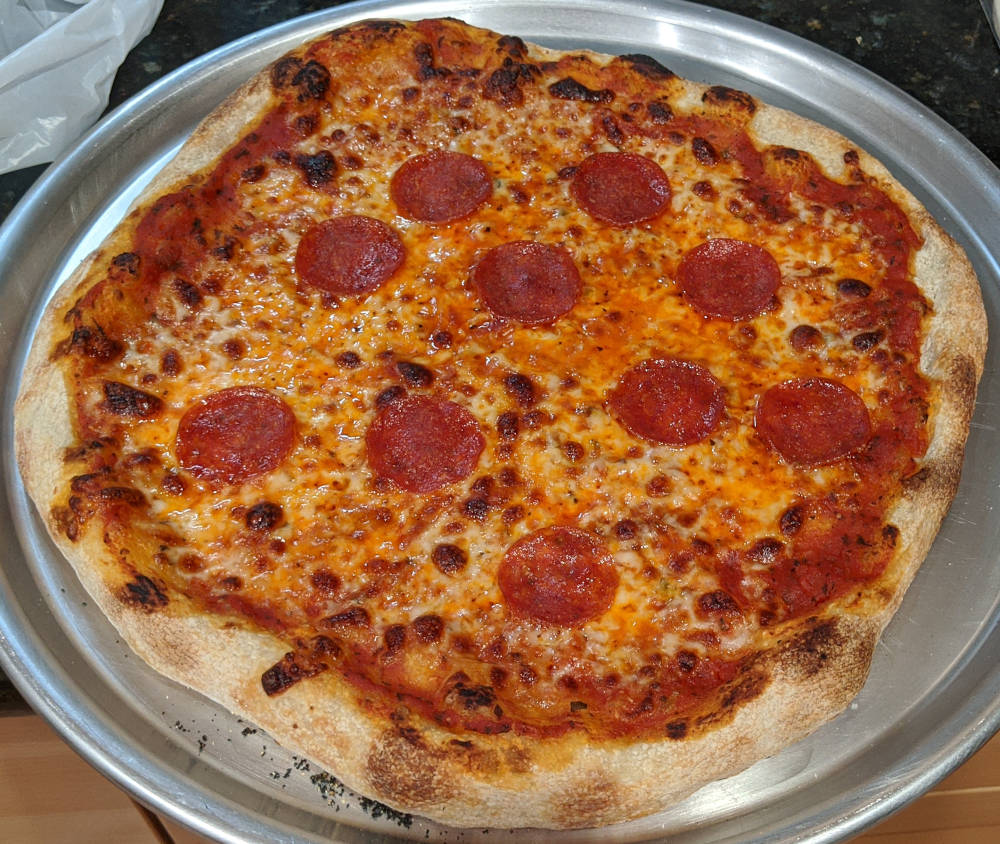 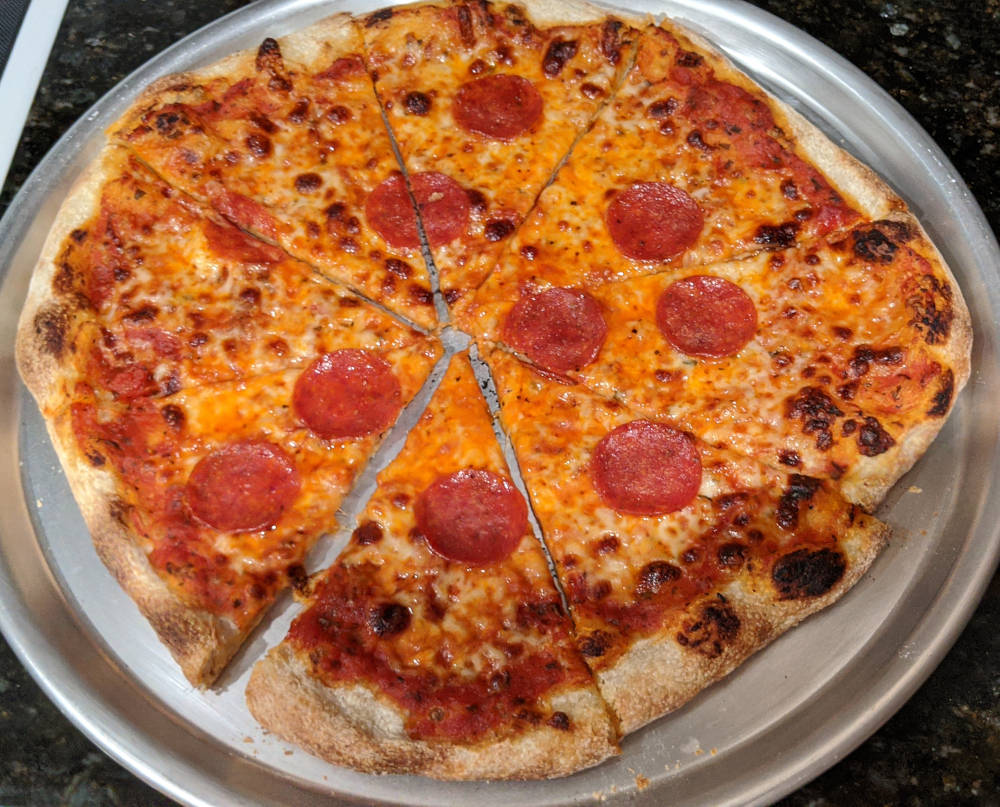 I mean at least it was round. 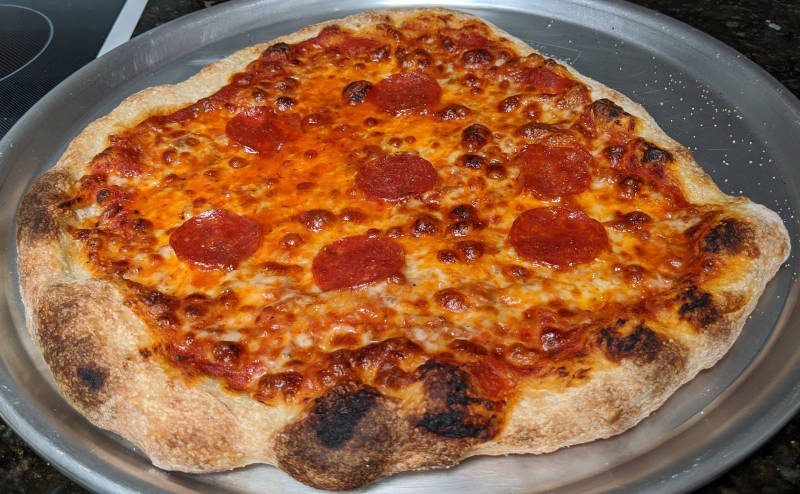 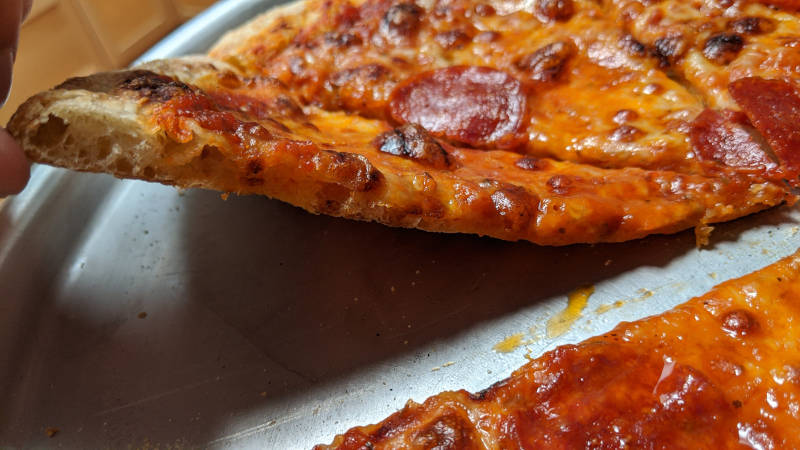 This one had a fluffy side and a flat side. It had both genes and was the splitting image of BIG BOSS. Also I remember that my jaw hurt from eating this one. It was just so stiff (not enough moisture remained after kneading). 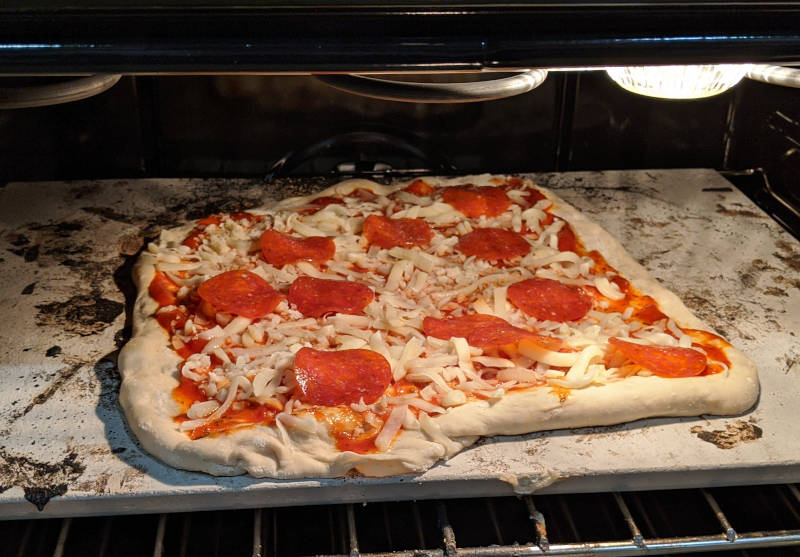 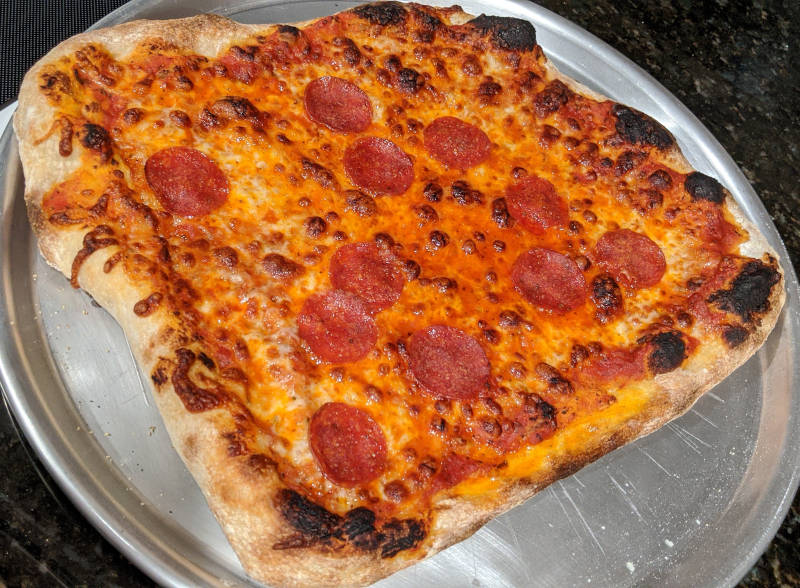 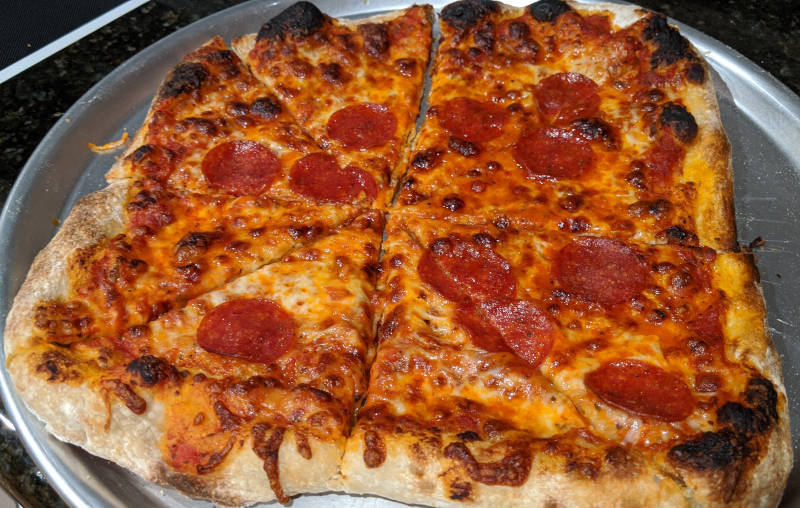 This pizza came out all grizzly and fucked up. I messed up placing it on the stone and I had to quickly fix it. That's why it's all oblong and elongated. Also I think it might have expanded larger than the others because I let it sit out at room temperature for about 4 hours instead of 2 (that's a good thing, I think). 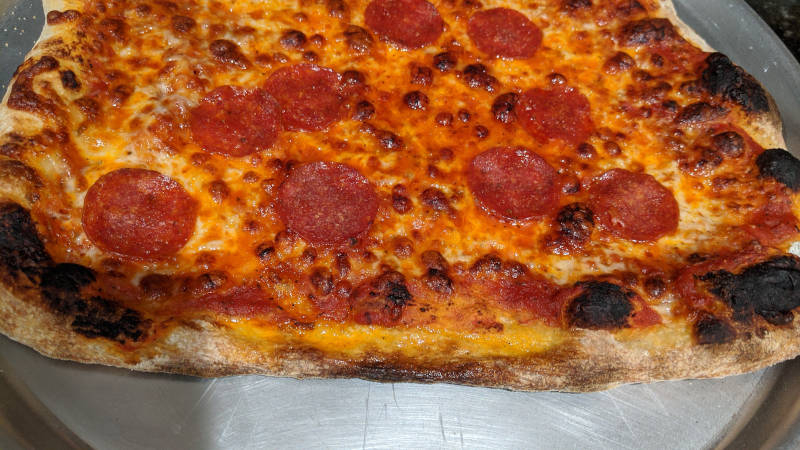 This is a really thin section of crust that came out crunchy. I thought this was interesting for some reason. Like a pan pizza from dominos. 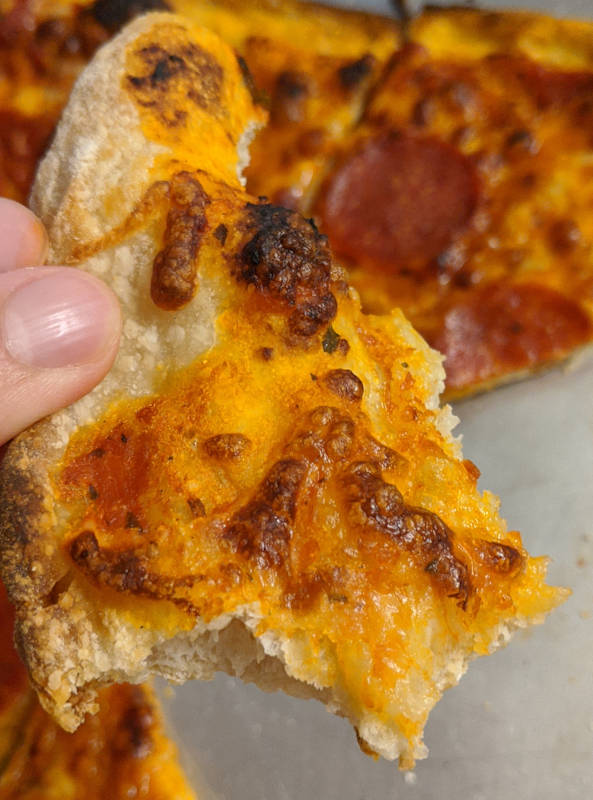 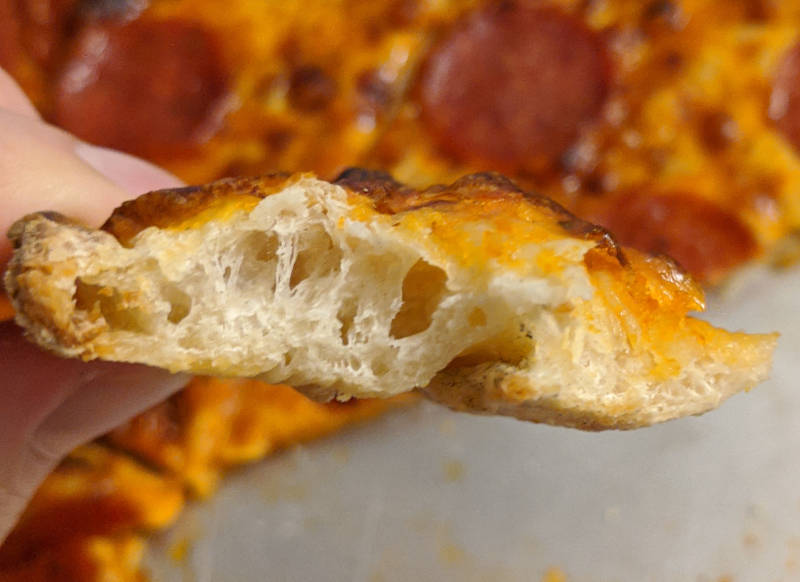 A particularly fluffy piece of crust. This had a nice deep dough flavor, but could have been a little better if I remembered to add sugar.