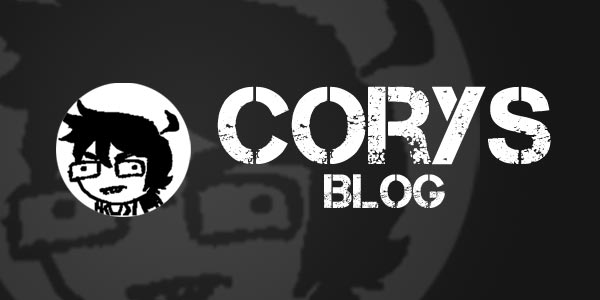 I thought my "hobocation" at the downtown San Jose Mariott would be pretty good, but I managed to fuck it up as usual. I'm at work right now posting using my phone and I've been exhausted this entire day despite catching up on a lot of sleep during the weekend. The San Jose Marriott isn't as good as you would expect. Someone (or their dog) shit in the elevator. I bet it was David Choe. The bed was stiff and the soap smelled like horrible cologne. It's super pungent... Oh, and I got rejected by a female friend that I asked to hang out with me over the weekend. She's pissed at me now and says she doesn't like me at all. I shouldn't have asked her to spend the night. Heh... If that weren't enough for one day, I managed to piss another friend off when she started venting about work to me over IM and I made a really ill timed joke.

These two days weren't restful at all. I thought it would do me good to get some nice quiet privacy in my own room, but instead I'm tormented by my horrible social skills and once again leting my anxiety eat my brain from the inside out. I don't feel ready to spend a month in some cheap living room bed sharing a room with 8 other dudes, but how can things get worse?

I heard back from the fucking psychiatrist that is supposed to be able to prescribe me medication. He just got back from his vacation or something today. It's been 2 weeks since I first contacted him to use medication and it's slowly becoming clear that it might be a month or two before I can try it. He better have been curing orphans in Africa or something. I really don't even want to try it, but my life is really taking a shitty turn right now. The previous 3 months seemed like a pretty good stretch but now i guess that's over.

It feels like everything I try to do crumbles between my fingers like sand. I wasn't the most precocious kid, but I feel like my 20's are going even worse now despite that I'm actually trying to have some direction in my life. How is it that everyone else never seems to have these problems? I get laid off, and Alex gets married just like that. I bet she still hangs out with all her friends and she probably has a house now. Yeah I know, I basically just imagined that she has a perfect life. Whatever. I'm just saying I don't think it's normal for people to go through life where they constantly have to cut people out of the their lives (or vice versa). It's like every step of the way, there's another person or people that I have to stop talking to. That doesn't seem healthy. What's wrong with me? I know I have my problems, but ever since I moved here three years ago, it feels like the world just went all crazy on me. Nothing makes sense anymore...

The longer this goes on, the less I feel like I have to live for. I used to be really enthusiastic about work and engineering, but that's pretty much gone. I wished that I could be with Alex. When I picture myself with her, everything just made sense. I felt normal, like I could have a normal life and have kids with her and grow old and die and be totally okay with it. But she's married to someone else that she likes way better than me. And I guess my second attempt didn't go that well either. I'm in a job that I really don't care about but sucks up a lot of time and I no longer have a place to stay.

My therapist told me to read this book called Forgive for Good by Fred Luskin. It's full of spelling errors and is basically a masturbatory self homage to how awesome the author is. His points are pretty obvious too. He talks about depersonalizing hurts and keeping a positive attitude. It's not that hard to conceive how someone can get themselves out of a depression using nothing but their own mindset, but I think the hard part is being motivated and being able to visualize yourself in a better place. How can I do that when I have even less vision than I have ever had in my life? Luskin talks about something called "Positive Intention" that I think is probably the single most important concept of the book. He says that everyone has a positive intention. It's basically their purpose in life and it keeps them going through tough times. Well, what the hell is my positive intention? Like I said in the last paragraph, they've all slowly (and quickly, in some cases) eroded away.

The creative spark is gone right now. The only thing I "have" is this. Slacker Paradise. It's the website equivelant to ancient ruins right now, barely working, and built up from my infantile beginner web developer knowledge. I plan to improve it, but I just feel so bad I can't even concentrate on doing anything at night.

If I had to make my Slacker Paradise my positive intention to save my life, do you think I could do it? Would it even mean anything?