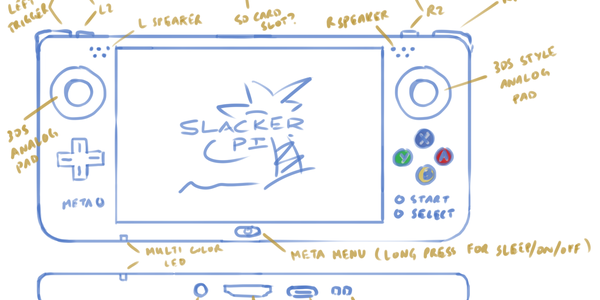 I had some fun making this mock-up of how I want the casing and stuff to be. As I said before, I'm basically copying the bottom half of a New Nintendo 3DS. 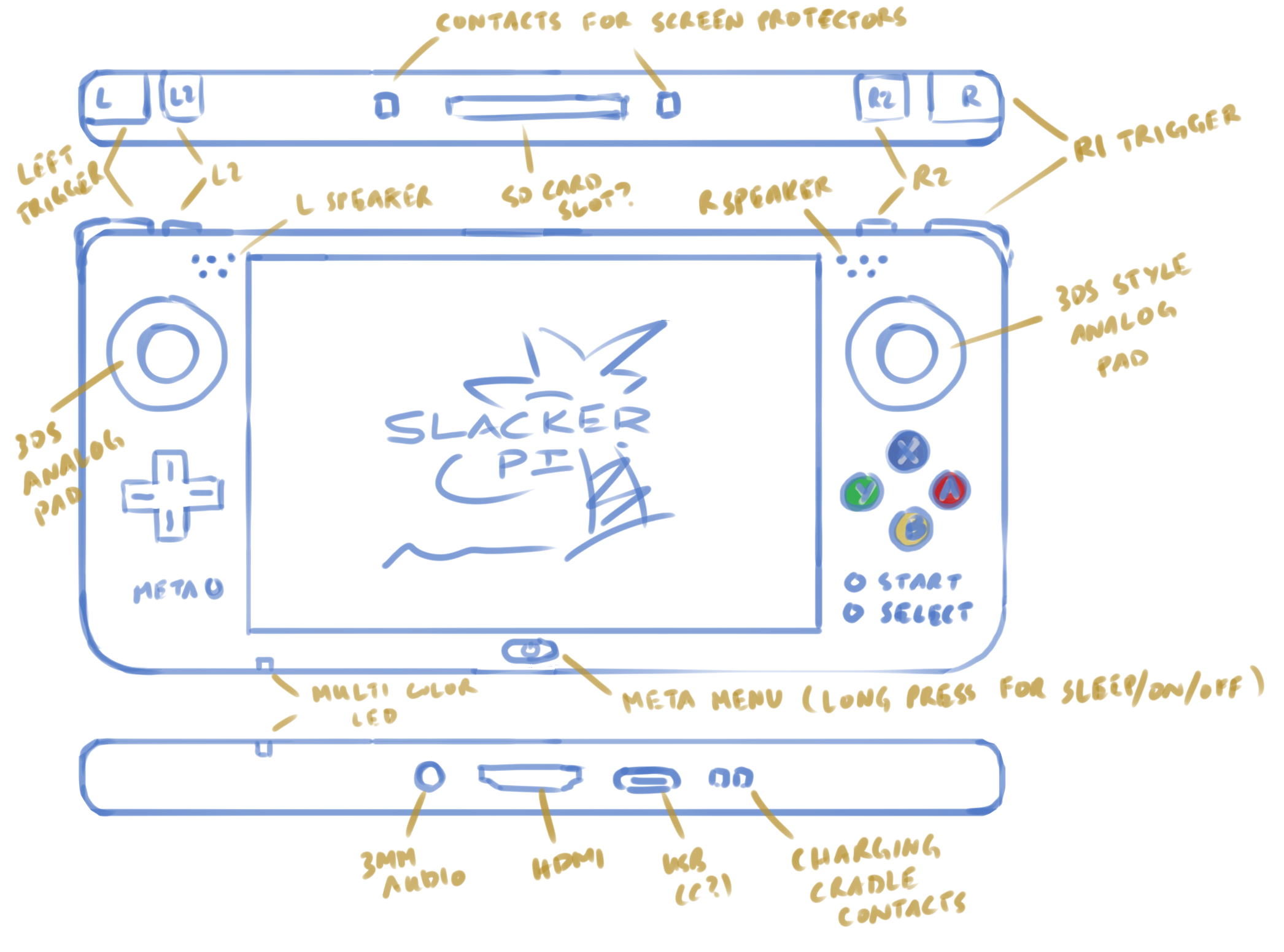 FIrst of all, it has 2 analog sticks because, c'mon. Let's be real here. I want to emulate real systems like an N64 or playstation or even the PS2. For the same reason, it'll have 4 trigger buttons. The 3DS has this already, so I just copied it. It was a little hard to fit everything in there, though. I'm not sure if I could put the start and select buttons down there in the real thing.

I made the "home" button on the 3DS the power button instead. I'd want this to double as a "meta" button where quick pressing it will pull up the emulation overlay so you can fiddle with settings, load/save states, and other stuff. Pressing and holding it will either turn it off or put it to sleep (I haven't decided yet).

On the left hand side, there's a button underneath the D-pad labeled "Meta". I want it to have at least one meta button that you could set presets for. It always feels weird to me to have an emulator that doesn't have a fast forward button. Alternatively, people could set to it be a rewind for some extra help. I'm not sure if I like the placement here. I actually like it better as a trigger, but I'm not sure if having 3 trigger buttons somewhere would be comfortable.

On the top, you can see the trigger buttons, but also 3 boxes in the middle. I might add an SD card slot (or maybe it should be a microSD card slot). One of my cool long term ideas would be if I made tiny, inexpensive custom flash cartridges that you could load data onto and then pass on to your friends. Gotta keep with the Gameboy nostalgia. The other two boxes are magnetic connectors for iPad style screen protectors. Obviously a stretch goal, haha.

The bottom is where things get dicey. There's a 3MM audio jack, because it sounds like most people like it on the bottom. The HDMI port, a USB (c? or micro?) port, and charging cradle contacts are here. Another stretch goal is to made a dock for it. I think it'd be cool to just slot it into the docking station and then automatically switch to HDMI video/sound output onto a big TV. Then you could pair whatever controller you have lying around with retropie and use it the way they actually intended. I feel like there's already a lot of support for this (since, this is basically how they intend you to use it), but the problem would be in making sure the hardware is muxed properly and can switch seamlessly.

I've been doing a lot of reading and it looks like without a completely custom PCB and some intense hacking, I could end up with something the size of a kleenix box...